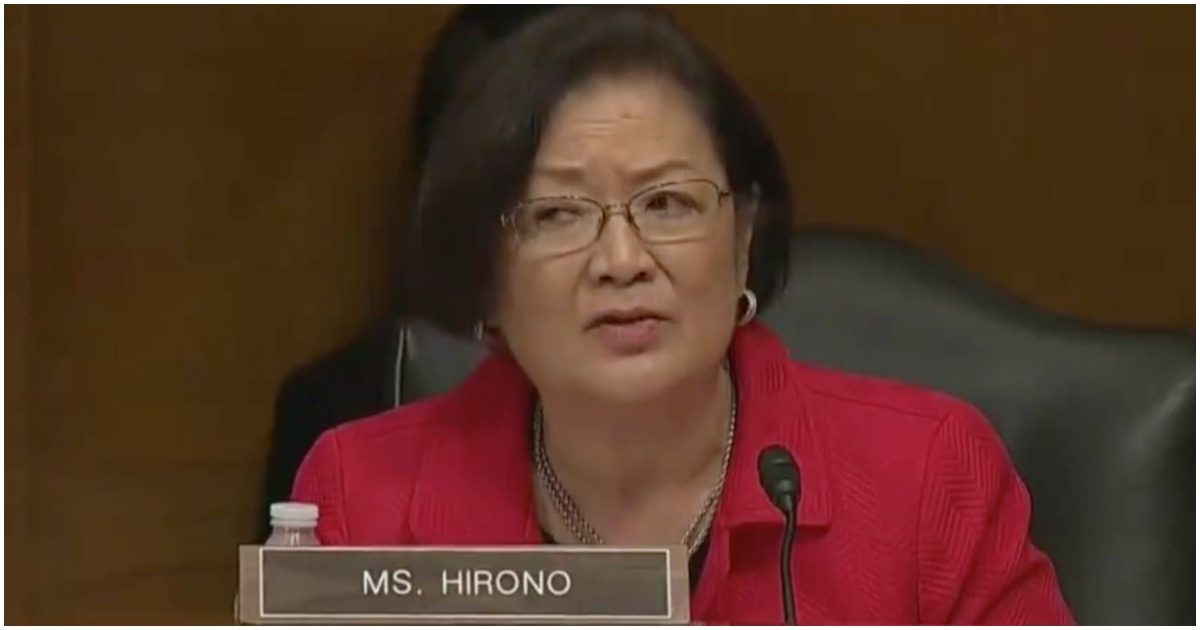 There are a number of rotten apples in both the lower and upper chamber. The vast majority of them will vote for Joe Biden in November. Hawaii’s Mazie Hirono is one of the worst.

When asked by Senator Ted Cruz to denounce the wildly anti-American group, “Antifa,” Mazie refused. She even took things a step further and walked out of the hearing.

Yes, she literally took her ball and walked away so nobody else could play. And that’s what libs do best.

Hirono made a vile comment about Trump supporters. And she likely won’t face any push back, whatsoever.