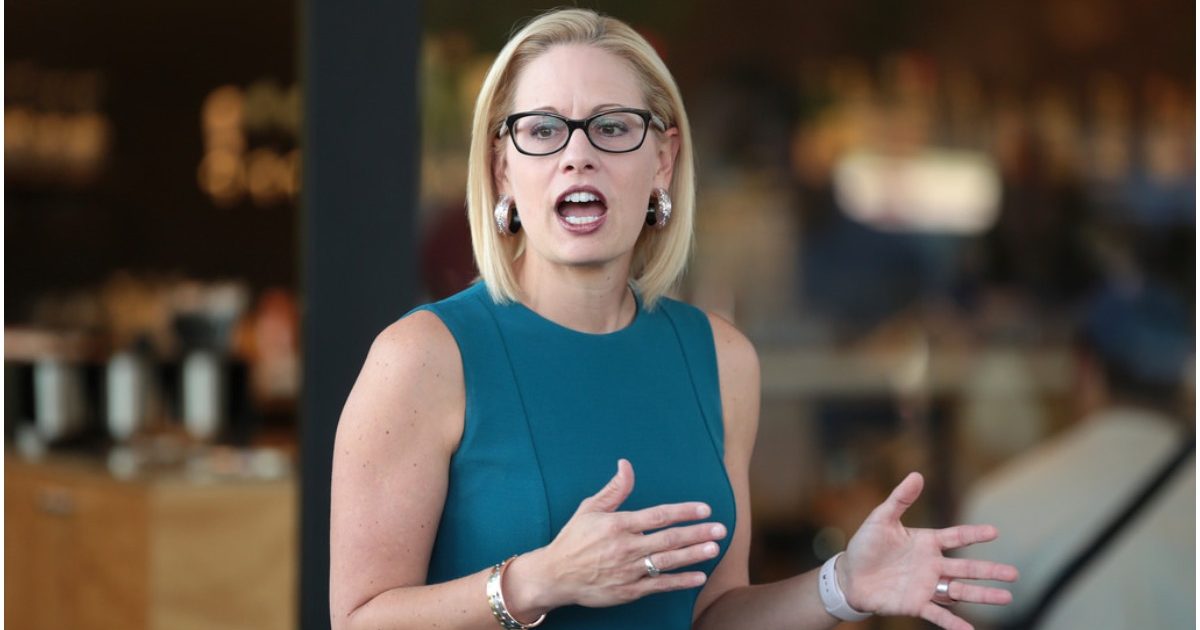 Arizona Senator Kyrsten Sinema (D), who is most notable for loathing her state and being openly bisexual, wore an outfit on the Senate floor that has mouths agape.

Some people went as far as to wonder if she’s in search of a stripper pole.

You can be the judge.

They don’t even match. The colors completely clash. What on earth pic.twitter.com/G7yxQtPmmH

Someone please tell Kyrsten Sinema that she looks like a hooker in these thigh high boots on the Senate floor! ????????‍♀️ pic.twitter.com/kwponQJ2MI

In both photos, Sen. Sinema looks like the before of Julia Roberts in Pretty Woman. https://t.co/xm9bJZfe66

68,000 new votes were counted for Sinema the Saturday after the 2018 midterm election.

Obama SMACKS DOWN Biden 2020, Implies His VP Should Not Run for President