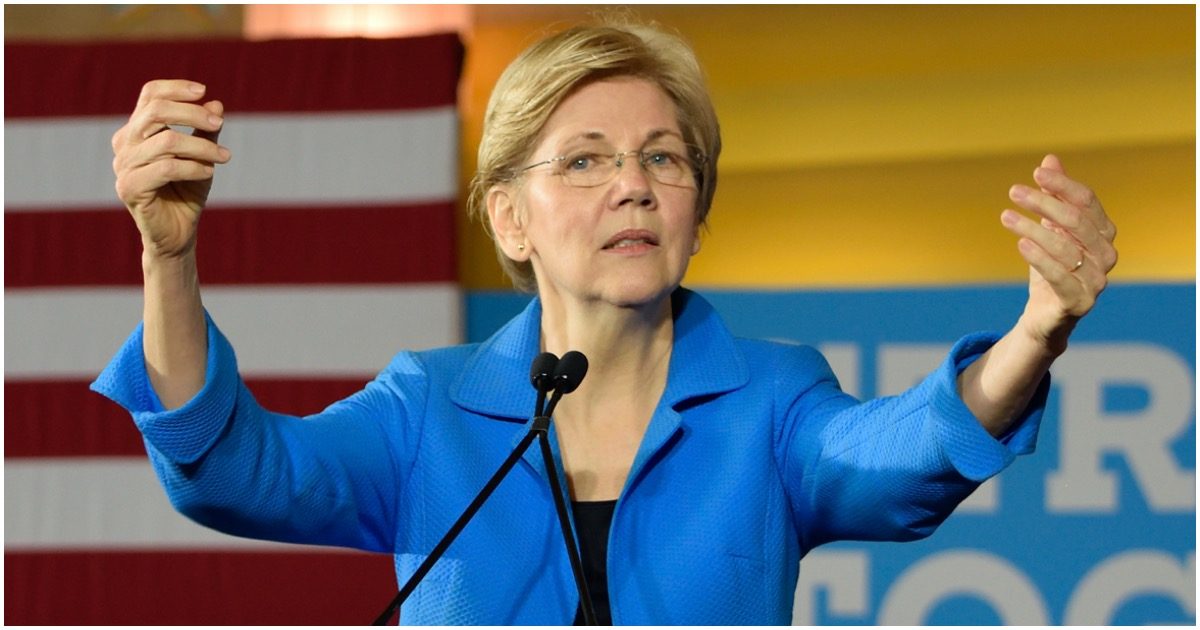 One of Elizabeth Warren’s main goals as president of the United States would be to eliminate one of America’s longest standing traditions.

Why not just get rid of the Fourth of July while you’re at it, Liz? Actually, we shouldn’t put thoughts like that in her head. She might actually follow through, given how far left she leans.

Anyway, here’s yet another reason you shouldn’t vote for the Massachusetts senator if she were to receive the Democrat presidential nomination come 2020, via Daily Wire:

Sen. Elizabeth Warren (D-MA) isn’t even the frontrunner for the 2020 Democratic presidential nomination, but she’s already looking forward to running for her second term as president — a term, she hopes, she’ll win by popular vote after she eliminates the Electoral College.

At a stop in Waterloo, Iowa, Warren waxed poetic about her first term in office as President Warren, and suggested that among her top priorities is a rewrite of the Constitution, eliminating the Electoral College and replacing it with a popular vote.

My goal is to get elected—but I plan to be the last American president to be elected by the Electoral College. I want my second term to be elected by direct vote. pic.twitter.com/a2Lj2a9F0F

The most qualified person to be POTUS who is currently running for president is Donald Trump, technically.

You know, since he is president and understands the ins and out – but I digress.

VIDEO: Conservatives Form Their Own ‘Squad’ To Do Battle Against Socialism; ‘This Is Not Your Grandfather’s GOP Anymore’