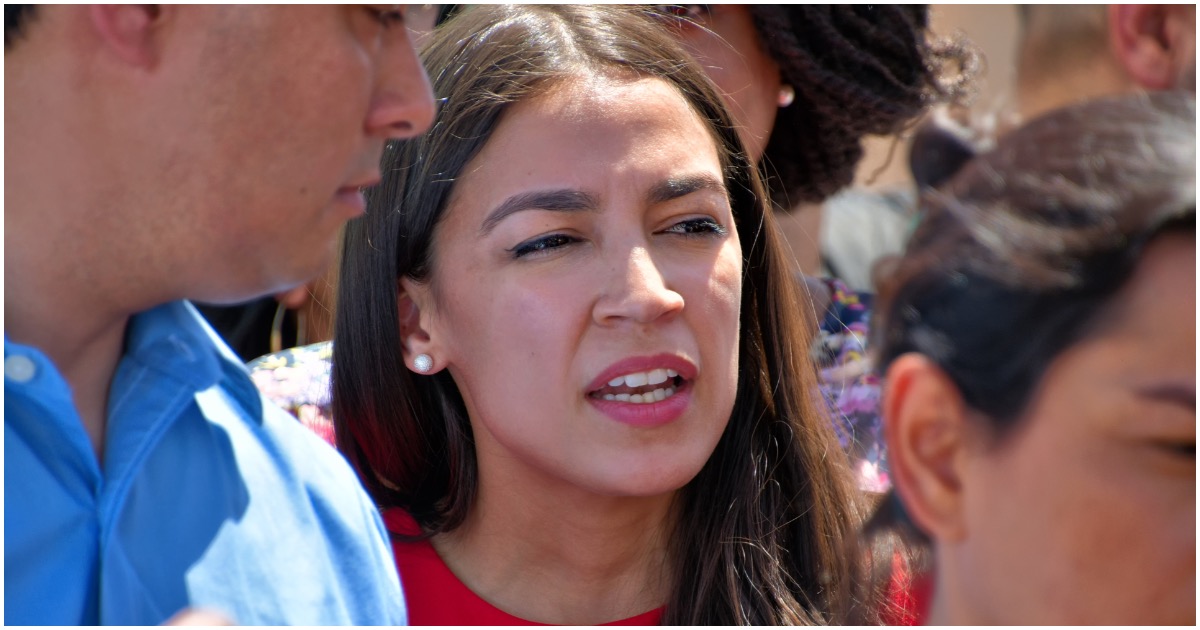 And his name is Saikat Chakrabarti, formerly Alexandria Ocasio-Cortez’s chief of staff.

The brash Chakrabarti, who masterminded Ocasio-Cortez’s campaign and steered her proposed Green New Deal, had caused uproar in the halls of Congress with a series of combative tweets that contributed to a rift between his rookie boss and Speaker Nancy Pelosi.

AOC appeared to take the jab as a compliment.

1. NEW: I've obtained a copy of @TimAlberta's book "American Carnage" which comes out on July 16.

President Trump sat down with Tim for the book and in an interview he shares what his nickname for @AOC is:

AOC responded with a quote from Evita, herself:

“I had watched for many years and seen how a few rich families held much of Argentina’s wealth and power in their hands. So the government brought in an eight hour working day, sickness pay and fair wages to give poor workers a fair go.”

“I had watched for many years and seen how a few rich families held much of Argentina's wealth and power in their hands. So the government brought in an eight hour working day, sickness pay and fair wages to give poor workers a fair go.”

Funny enough, Alexandria’s then-chief of staff was seen wearing a shirt that features a Nazi sympathizer.

On Monday, it was pointed out that the chief of staff for Rep. Alexandria Ocasio-Cortez (D-NY), Saikat Chakrabarti, smilingly wore a T-shirt emblazoned with the picture of Nazi sympathizer Subhas Chandra Bose in a NowThis News video featuring Chakrabarti.

In case it's not clear, AOC's chief of staff is wearing a T-shirt with Subhas Chandra Bose on it — the Indian nationalist whose plan for fighting British colonialism involved sucking up to, uh, Hitler. https://t.co/Mvgcoa1R6a

look, if you're going to telegraph to others that you're super edgy, you can't exactly go around wearing the faces of people who never did anything wrong https://t.co/0LDZhlhVPs

They can’t be this coincidentally stupid

Free advice to everyone: if an aspiring dictator compares you to a dictator’s wife, do not embrace that comparison. Don’t quote her, either. Finally, if you’re going to pop off on Twitter, double-check that you’re conveying the message you intend. https://t.co/Cp8vrPyXbd

Scaramucci Flips A Switch & Turns On Trump, But POTUS Was Waiting & Fired Back HARD

FLASHBACK: Pelosi Is Asked to Name One of Beto’s Accomplishments, Can’t Name Anything