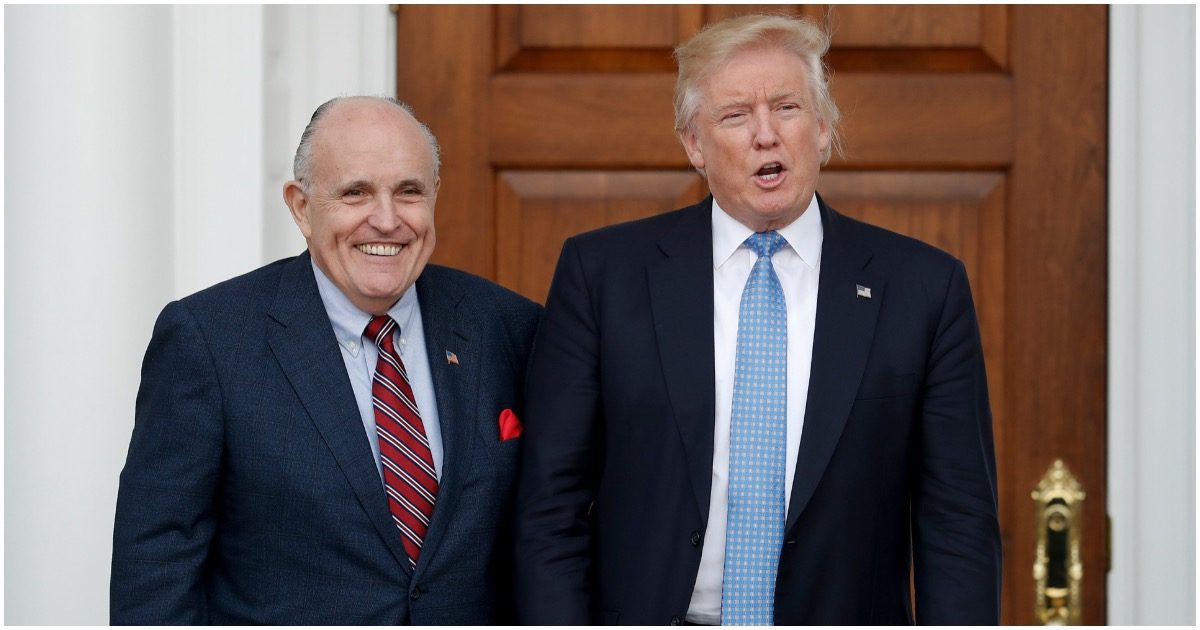 Trump lawyer Rudy Giuliani went on the radio on Christmas Eve to drop some pretty big news. If Rudy was a liberal fighting to keep, say, Obama in office, this would be everywhere.

Giuliani said, “We believe from what we saw in Michigan that the machines have an inaccurate vote—that they’re programmed to give Biden somewhere between a 2% and 5% advantage.”

@RudyGiuliani on @bernieandsid "We believe from what we saw in Michigan that the machines have an inaccurate vote—that they’re programmed to give Biden somewhere between a 2% and 5% advantage.” https://t.co/lcd1koY3e3

NEW YORK – An election systems worker driven into hiding by death threats has filed a defamation lawsuit against President Donald Trump’s campaign, two of its lawyers and some conservative media figures and outlets.

Eric Coomer, security director at the Colorado-based Dominion Voting Systems, said he wants his life back after being named in false charges as a key actor in “rigging” the election for President-elect Joe Biden. There has been no evidence that the election was rigged.

Flashback: Omar Says We Have to ‘Dismantle the Whole’ Justice System, Not Just Fix It

DAVIDSON: The Deep State Is A Bottomless Pit