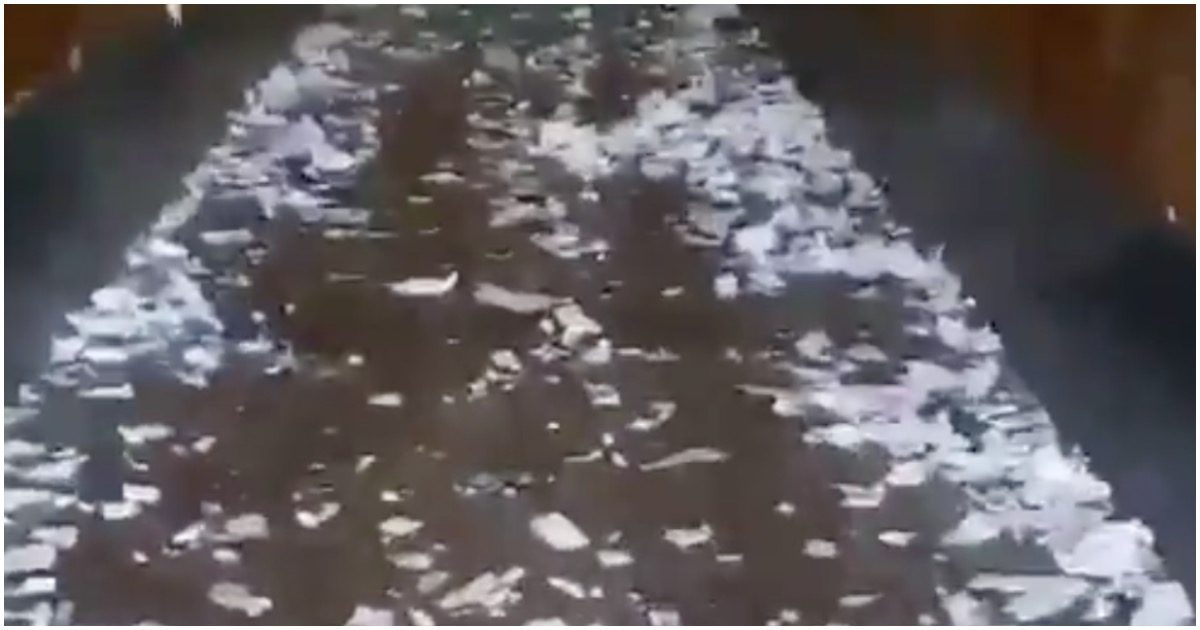 How can this country have a fair election if stuff like this keeps happening to President Trump? Why don’t we ever hear stories of things like this happening to Joe Biden?

The fact of the matter is that Democrats don’t care and they’re not even trying to hide it. They will literally do whatever it takes to ensure a Trump defeat.

The problem is that if Joe wins, everyone loses.

Correction but Breaking: Shredded Pennsylvania Mail in ballot Applications were discovered in a trailer.

The applications were for @realDonaldTrump.

The video evidence was submitted by a fan to @oldrowswig from Old Row, a Barstool Sports Company

This is not ok! Retweet pic.twitter.com/YnigdWTG9x

Check out what else is going down in the Keystone State, via Breitbart:

The Pennsylvania Supreme Court ruled Thursday that ballots received three days after Election Day will still be counted — even if there is no evidence they were postmarked on time.

Democrats scored two judicial victories in Pennsylvania on Thursday, when the court kicked the Green Party presidential candidate off the ballot, and ruled that mailed-in ballots could still be counted util 5:00 p.m. ET on the third day after Election Day, as long as they were postmarked by 8:00 p.m ET that day.

The court added: that “ballots received within this period” — i.e. between November 3 and 6 –“that lack a postmark or other proof of mailing, or for which the postmark or other proof of mailing is illegible, will be presumed to have been mailed by Election Day unless a preponderance of the evidence demonstrates that it was mailed after Election Day.”

In a footnote, the court explains its reasoning, saying that disqualifying a ballot without a postmark would “disenfranchise a voter based upon the absence or illegibility of a USPS postmark that is beyond the control of the voter once she places her ballot in the USPS delivery system.”

We All Need to Persevere in the Face of Difficulties — Opinion