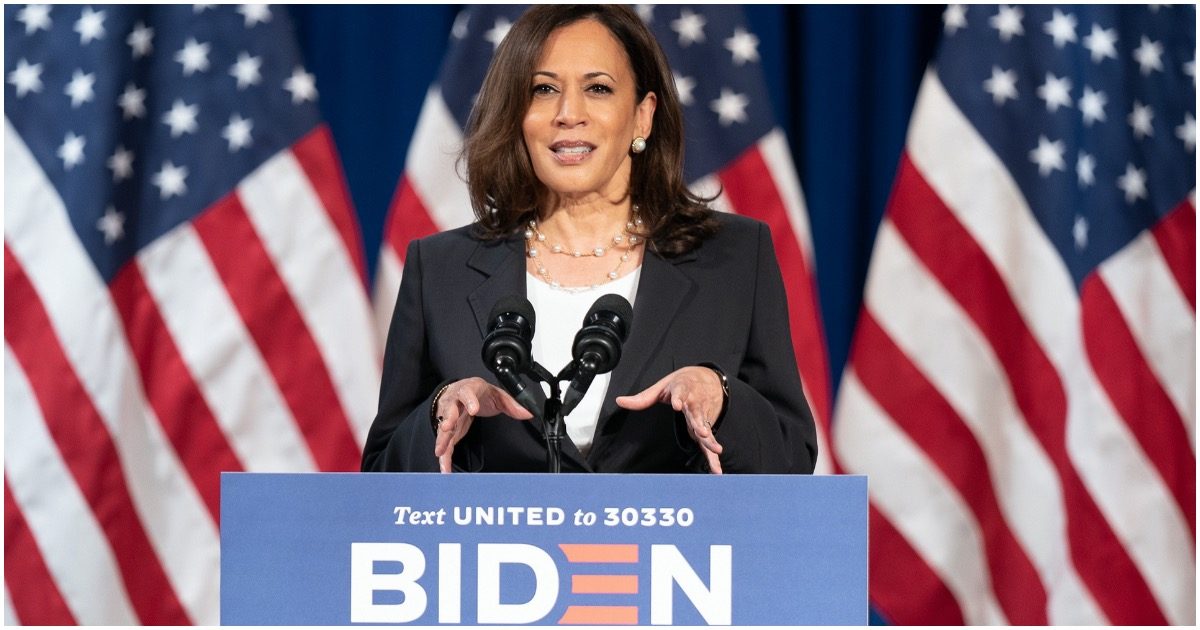 Vice President Kamala Harris. Has a pretty awful ring to it, no? If things don’t go America’s way on November 3, it could most certainly become a reality.

On the to do list in a Biden administration, you know, other than using the Constitution as a Swiffer pad? How about raising taxes?

Sound good to you?

At a rally on October 30, Harris blabbered, “I promise you this — as a first order of business, Joe Biden and I are about to work to get rid of that tax cut.”

"Joe Biden and I are about to work to get rid of that tax cut," Kamala Harris tells Hispanic Americans. pic.twitter.com/BT9sTqsDfK

Harris hates women, apparently. Her running mate has been accused of sexual harassment, yet she had no problem being on the same ticket.

In fact, Kamala said she was “proud” of Jacob Blake despite his all-around violent history (especially with women), huh?

What about Blake’s refusal to listen to law enforcement as they gave him orders, Kamala? Weren’t you the top cop of California, at one point?

Sen. Kamala Harris (D-CA) told Jacob Blake Jr. on Monday that she is “proud of him and how he is working through his pain,” according to attorney Benjamin Crump, who represents the Blake family.

At the time of the confrontation, there was a warrant for Blake’s arrest for “third-degree sexual assault, trespassing and disorderly conduct,” according to the Associated Press. A knife was found in his car, Wisconsin authorities later revealed.

Sen. @KamalaHarris met with the family of #JacobBlake today, who joined by phone from his hospital bed. The family’s legal team released the following statement about the one-hour visit. #JusticeForJacobBlake pic.twitter.com/TQ7io0Clhe

DAVIDSON: To Have or Not to Have Breathing Space