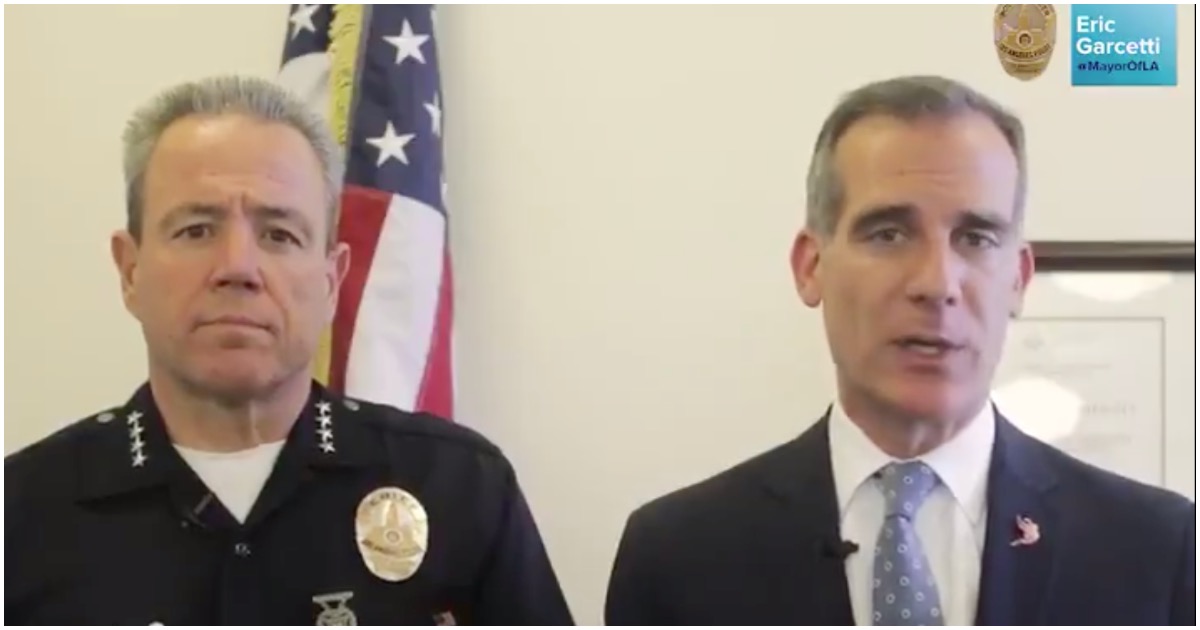 The mayor of Chicago said the same thing two weeks ago as the mayor of Los Angeles said on Monday.

Neither city will cooperate with ICE to deport illegal aliens.

On Saturday, on the eve of U.S. Immigration and Customs Enforcement (ICE) raids in cities across America, Los Angeles Mayor Eric Garcetti released a video on Twitter in which he told illegal immigrants, “Rest assured, here in Los Angeles we are not coordinating with ICE.”

Your city is on your side, we are in this together

Your city is on your side, we are in this together → https://t.co/mHCFBjJ4vC pic.twitter.com/b3apkjzXms

If every state follows in the footsteps of California, America as we know it will be dead in a couple of decades.

Radically far-left Governor Gavin Newsom doesn’t care who he harms, so long as his liberal agenda is passed.

Now, illegals have some of the same privileges in the Golden State as American citizens.

The Hill noted, “The bill, introduced earlier this year, is estimated to cover about 90,000 low-income residents overall and comes with a roughly $98 million price tag.”

SHE SAID IT! Rashida Tlaib Now Wants to Take Money From ‘the Rich’ & Give Back to ‘the People’

FLASHBACK: Ocasio-Cortez Wants People Happy About ‘Being Automated Out of Work’