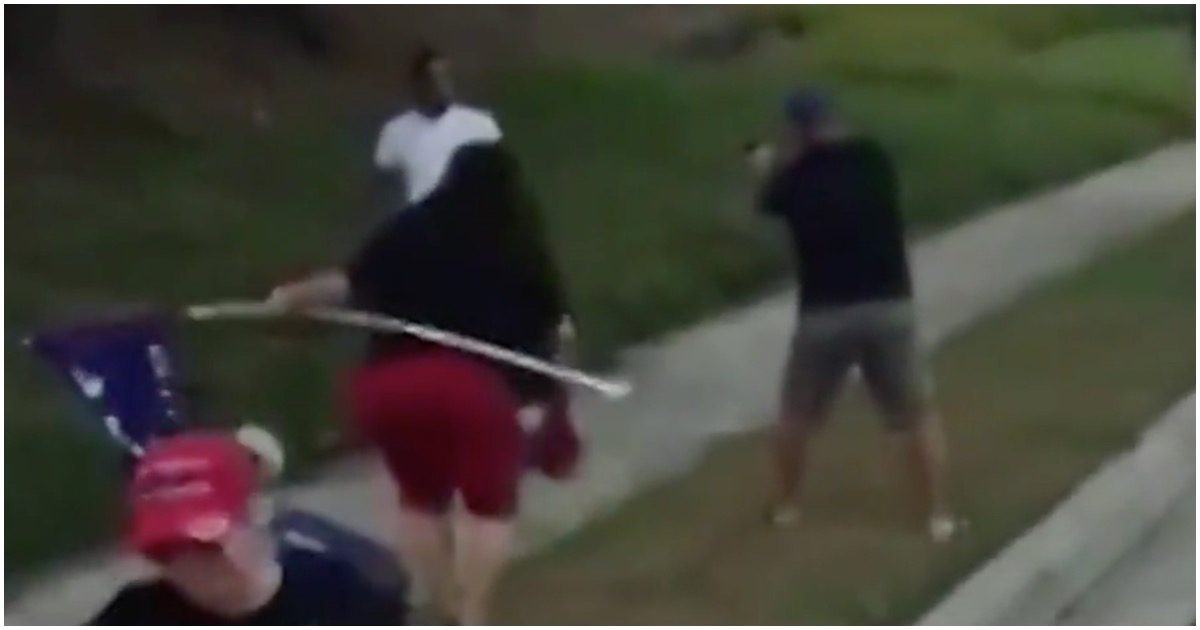 There are a lot of bad people of there. Most of them will wind up voting for Joe Biden in November. Because if you don’t agree with them on every single issue, 100% of the time, you are the enemy.

Check out what recently went down at a Trump rally in California, via CBS Los Angeles:

ALISO VIEJO (CBSLA) — A 33-year-old man has been arrested after allegedly attacking a number of people at a Wednesday night rally held in support of President Donald Trump in Aliso Viejo.

“He took his hand way back like he was going to punch me, and [he] hit me right across the face,” 84-year-old Donna Snow said. “Broke my earrings off.”

According to the Orange County Sheriff’s Office, a retired police officer then got involved and pulled his gun as the man attempted to run from the scene.

Related Topics:2020 electionFeaturedICYMIMSMnewsTDSTrump Supporter
Up Next

Flashback: If GOP Wins the House, They Will Expunge President Trump’s Impeachment

What The Hunter Biden Texts And Emails Reveal About Joe Biden As A Father
October 20th, 2020 Clash Daily