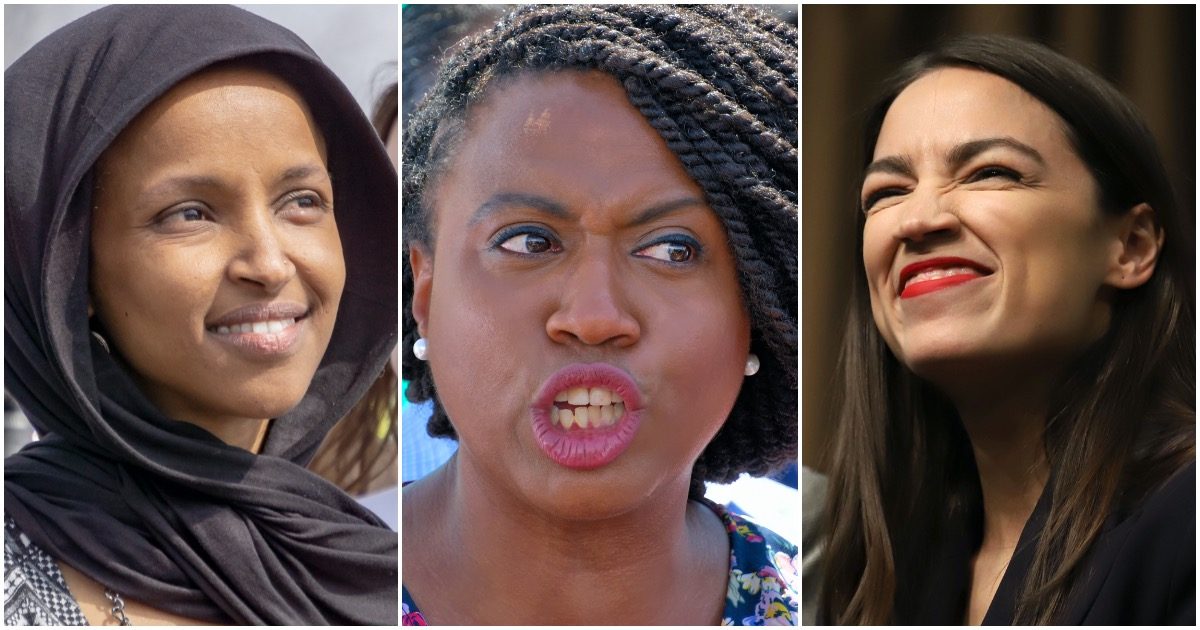 Alexandria Ocasio-Cortez (NY), Rashida Tlaib (MI), and Ilhan Omar (MN) are the most well-known members of “the Squad.” Most Americans forget that Ayanna Pressley (MA) is also a part of the radically left-wing club.

On Tuesday, Pressley went after the Trump administration like they are the enemy.

Boy, does she look foolish here or what?

‘Squad Member’ Rep. Ayanna Pressley viciously attacked the Trump administration in a recent interview that aired this week; calling the President’s behavior during the Coronavirus pandemic equivalent to “war crimes.”

The Democratic congresswoman announced Friday that the CDC was “adopting key tenets” of a bill she pushed for in congress.

BREAKING @CDCgov just announced they’re adopting key tenants of our racial data bill. Daily #COVID19 data will save lives. Now let’s make sure every level of gov is acting on these reports in real time to support our communities of color & the disability community

.@CDCgov is acting on calls from me @RepRobinKelly, @RepKarenBass @RepBarbaraLee & releasing some #COVID19 race and ethnicity data – a key first step. I joined @AliVelshi to discuss what more we can do to center the humanity of communities of color and save lives in this outbreak pic.twitter.com/wolpjhTU9S

After Trump gave the order to rid the world of the No. 1 terrorist, AOC, Omar, and every other Democrat slammed POTUS for doing the wrong thing.

They even accused him of plotting potential “war crimes” simply for warning Iran that if they retaliate for the death of Qasem Soleimani.

Iran is talking very boldly about targeting certain USA assets as revenge for our ridding the world of their terrorist leader who had just killed an American, & badly wounded many others, not to mention all of the people he had killed over his lifetime, including recently….

….hundreds of Iranian protesters. He was already attacking our Embassy, and preparing for additional hits in other locations. Iran has been nothing but problems for many years. Let this serve as a WARNING that if Iran strikes any Americans, or American assets, we have…..

Enter AOC, who knows next to nothing about anything…

It should also go without saying that sites like Persepolis (& its PEOPLE) are not only treasures to Iranians, they are gifts to humanity.

They tell humanity’s story – that is why authoritarians target them. They want to erase history. https://t.co/C3tx6Wf8mZ

The President of the United States is threatening to commit war crimes on Twitter.

God help us all! #25thAmendment https://t.co/nYZSvpo8rG