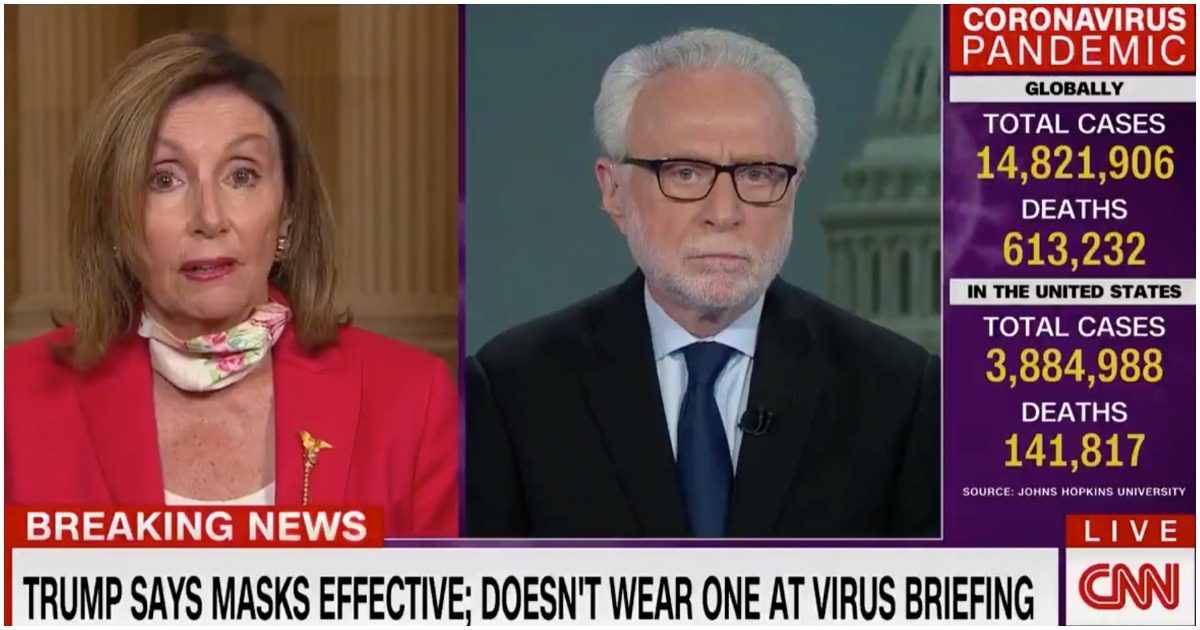 From coronavirus to the “Chinese virus” to the “Trump virus.” If Speaker of the House Nancy Pelosi (D-CA) gets her way, that’s what Americans will call COVID-19 from here on out.

She literally has no shame.

If Obama was president during the pandemic, would this be his virus? Just ridiculous.

Insane. Democrat Nancy Pelosi is not a serious person…

Pelosi repeatedly calls the Coronavirus the "Trump virus" on CNN, despite the virus originating in China and being covered up by the Chinese Communist Party. pic.twitter.com/H8DKsjhY2W

Speaker Nancy Pelosi (D-Calif.) needled President Trump on Thursday, rebutting the president’s assertion that the allegations of Russia placing a bounty on American soldiers is a hoax.

Pelosi said, “He’ll say this is a hoax, and it’s a hoax that [Russia is] 24/7 trying to disrupt our elections like they did in 2016. He says that coronavirus is a hoax. The fact is, the president himself is a hoax.”

Pelosi was commenting on reports that Russian intelligence officials offered Afghan militants bounties to kill coalition forces, including U.S. troops, and that information about the issue was included in one of the president’s briefings in February.

How is this woman second in line to the Oval Office? She shouldn’t be allowed to run a hot dog stand.

In an interview with CBS Radio host Steve Futterman, Pelosi claimed that there were Republicans not wanting to go as far as Democrats in terms of police reform legislation because “they were trying to get away with murder actually, the murder of George Floyd.”

Pelosi accuses Republican senators of "trying to get away with murder, actually, the murder of George Floyd" pic.twitter.com/ip1C2S9ocH

Let’s hear your thoughts on Nancy in the comment section…

Moderna Has Begun Trials For Coronavirus Vaccine With The Help Of 30,000 Volunteers