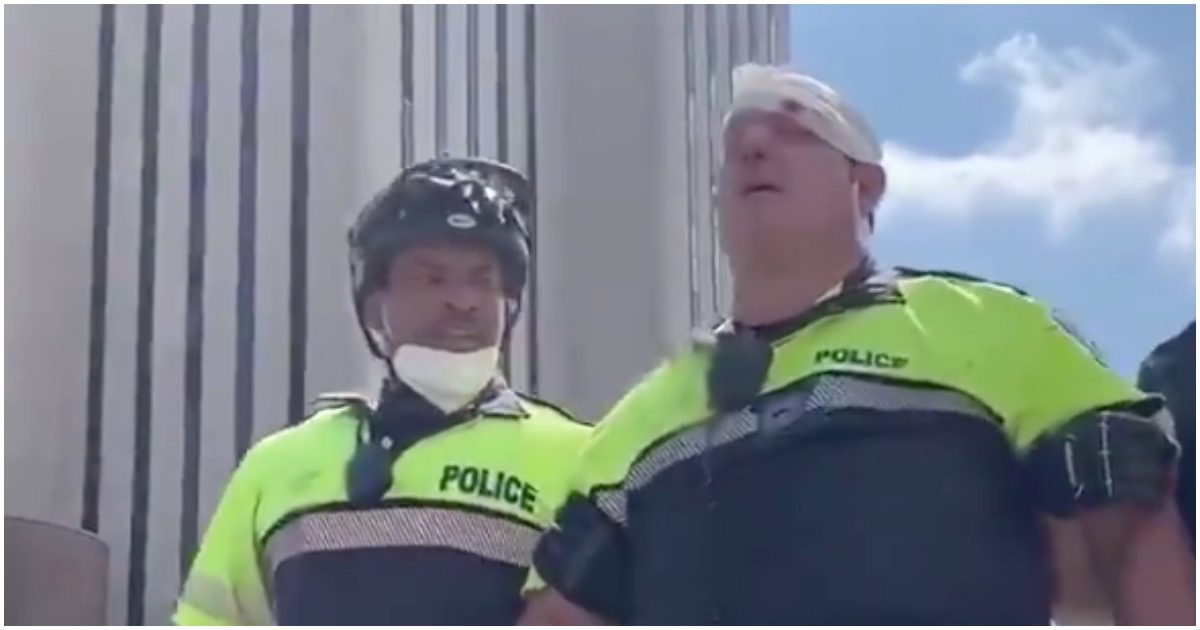 There’s a lot of bad people out there, man. Most of them will end up voting for Joe Biden in November. Funny how you never hear far-left radicals like Joe, AOC, Obama, Pelosi, and Schumer calling for an end to the war on cops, huh?

This is not peaceful protest, this will not be tolerated.

This is not peaceful protest, this will not be tolerated. pic.twitter.com/cYuDX8G7ku

Additional footage of the serious injuries our officers sustained on the Brooklyn Bridge. pic.twitter.com/Ja9lTpQu0G

These are the injuries our officers sustained. pic.twitter.com/KI9wQKywHH