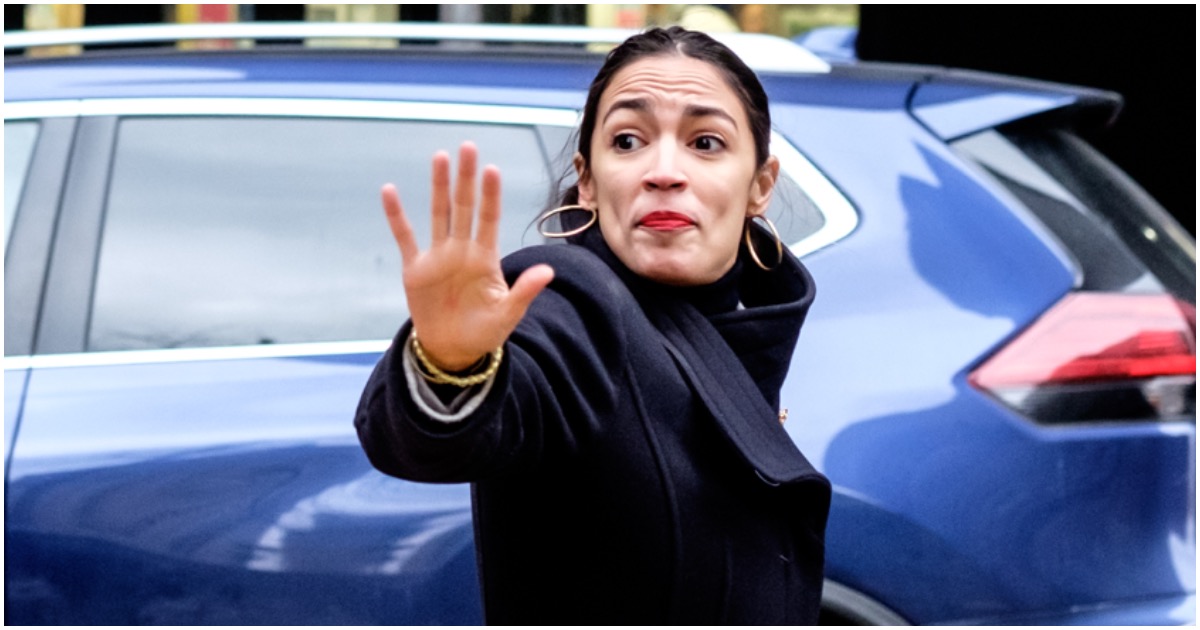 Democrat Socialist Rep. Alexandria Ocasio-Cortez (NY) could be in very, very big trouble, along with her chief of staff.

Will the media care?

Here’s the report, via Daily Caller:

Democratic Rep. Alexandria Ocasio-Cortez and her chief of staff Saikat Chakrabarti obtained majority control of Justice Democrats PAC in December 2017, according to archived copies of the group’s website, and the two appear to retain their control of the group, according to corporate filings obtained by The Daily Caller News Foundation. If the Federal Election Commission (FEC) finds that the New York Democrat’s campaign operated in affiliation with the PAC, which had raised more than $1.8 million before her June 2018 primary, it would open them up to “massive reporting violations, probably at least some illegal contribution violations exceeding the lawful limits,” former FEC commissioner Brad Smith said.

Ocasio-Cortez never disclosed to the FEC that she and Chakrabarti, who served as her campaign chair, controlled the PAC while it was simultaneously supporting her primary campaign, and former FEC commissioners say the arrangement could lead to multiple campaign finance violations. The group backed 12 Democrats during the 2018 midterms, but Ocasio-Cortez was the only one of those to win her general election.

“If the facts as alleged are true, and a candidate had control over a PAC that was working to get that candidate elected, then that candidate is potentially in very big trouble and may have engaged in multiple violations of federal campaign finance law, including receiving excessive contributions,” former Republican FEC commissioner Hans von Spakovsky told The Daily Caller News Foundation.

And fellow former FEC commissioner Brad Smith told TheDCNF that if “a complaint were filed, I would think it would trigger a serious investigation.” He also noted that such a probe could potentially result in jail time for Ocasio-Cortez and her chief of staff, Chakrabarti.

Ocasio-Cortez rushed to the defense of embattled Democrat Rep. Ilhan Omar after she tweeted an anti-Semitic remark.

Ocasio-Cortez’s defense of Omar came after Omar’s latest anti-Semitic incident over the weekend when Omar “displayed her blatant anti-Semitism by tweeting that GOP support for Israel was ‘all about the Benjamins,’ and followed by accusing AIPAC of paying American politicians to support Israel,” The Daily Wire reported.

Ocasio-Cortez, who has a long history of walking lockstep with anti-Semites, waited a couple of days to weigh in on Omar’s anti-Semitic comments, which drew widespread condemnation from both sides of the aisle.

I’m also inspired by Jewish leadership who brought her in, not push her out, to heal.

I’m also inspired by Jewish leadership who brought her in, not push her out, to heal. https://t.co/ONRegDJK2S

I’m proud @IlhanMN raised the issue of lobbyist 💰 in politics & equally proud of her sensitivity to communities. Both are possible.

I’m proud @IlhanMN raised the issue of lobbyist ???? in politics & equally proud of her sensitivity to communities. Both are possible.https://t.co/Jq2Y1txFCS