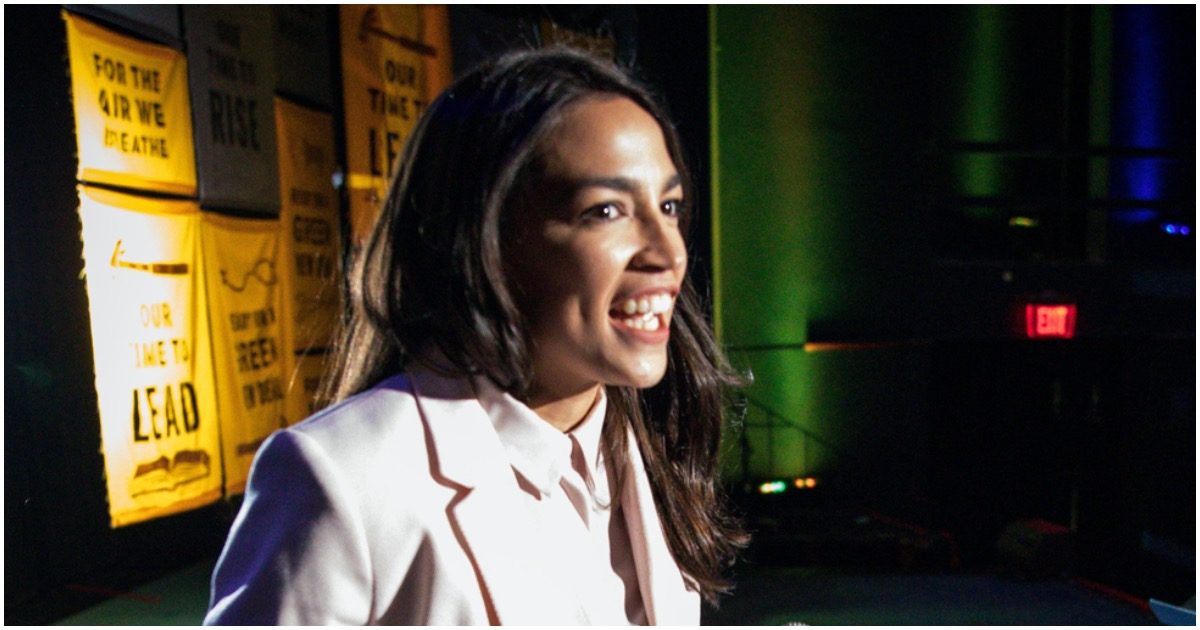 It’s as if AOC literally said the sun is the moon and the moon doesn’t exist. It is that stunning and blatantly ignorant. You know, it’s almost as if AOC legitimately has no clue about what she speaks.

I wonder how liberals will feel about this. See for yourself, via Washington Examiner:

Rep. Alexandria Ocasio-Cortez said the Democratic Party leans to the right of the political center.

AOC added, “We can’t even get a floor vote on Medicare for All, not even a floor vote that gets voted down. So, this is not a left party. There are a lot of true believers that we can ‘capitalism’ our way out of poverty in the Democratic Party. If anything, that’s probably the majority.”

So she watched a documentary on YouTube about European political parties, picked out a comment about where American political parties reside relative to Europeans, and ran with it. Much like her Green Deal came from @Cowspiracy on @netflix . Open a book AOC#FFS

Center conservative party? In what world is that even close to being true.

AOC’s correct. Compared to her extreme Leftist-Communist vision for America? The Dem Party is more conservative. People don’t get it. AOC seeks to undermine and destroy the very pillars of our Society in each and every meaningful way possible. Status quo DESTRUCTION is her goal.

So if that's the case then why is she a Dem and why would leftists ever vote for Dem candidate?

She doesn't have a clue on ANY issue. Zero life experience other than living in the fantasy land of Acedemia, listen to her for two minutes (if you can) & it's obvious.

Boston University called, they want their Economics degree back.

Apparently, the far-left radical thinks about the idea. Could there be anything scarier for America?

President Trump Denies Bolton’s Claim About Ukraine Aid Being Tied To Biden Investigation; ‘Only To Sell A Book’