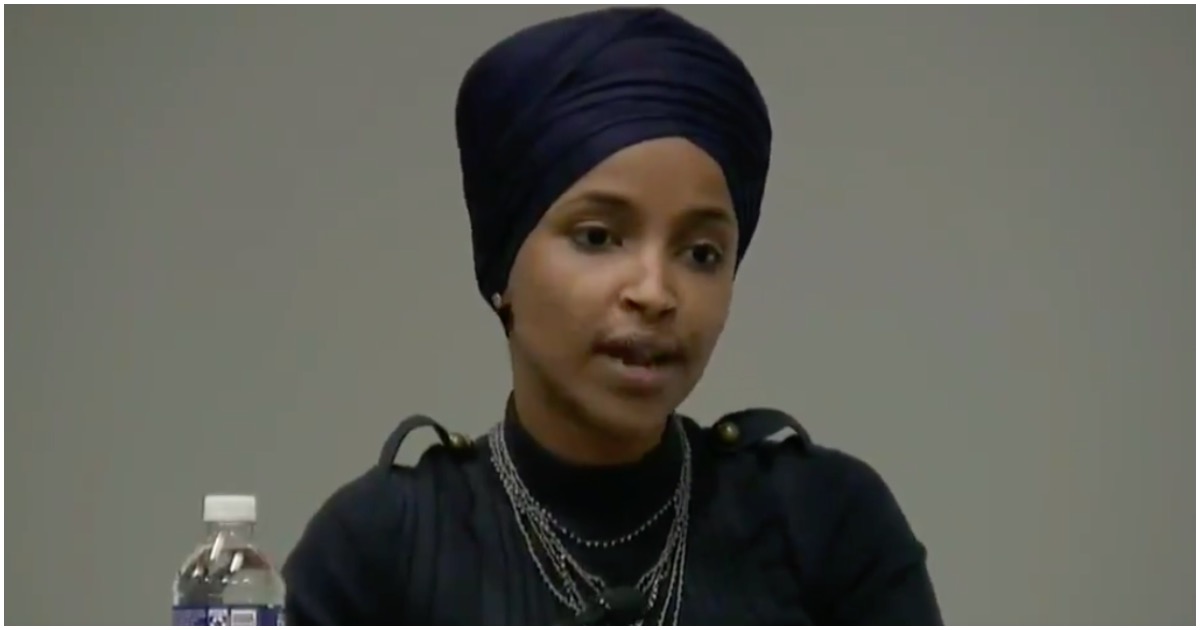 Ilhan Omar probably thinks Ilhan Omar might just be the kindest, most intelligent member of Congress.

Not only is Omar a radical anti-Semite who has shown that she doesn’t love America nor Israel, but she’s also kind of a [redacted].

Omar will continue to say silly things so long as liberals control the mainstream media.

And that doesn’t look like it’s going to change anytime soon.

Rep. Ilhan Omar addressed controversial comments about slavery, U.S. border patrol, and 9/11, and decried the “implied intent” that critics impose on her statements. “I’m only controversial because people seem to want the controversy,” Omar said.

She also responded to Nicholas Haros, the son of a 9/11 victim who spoke out against Omar at the 18th-anniversary event in New York while wearing a “some people did something” T-shirt.