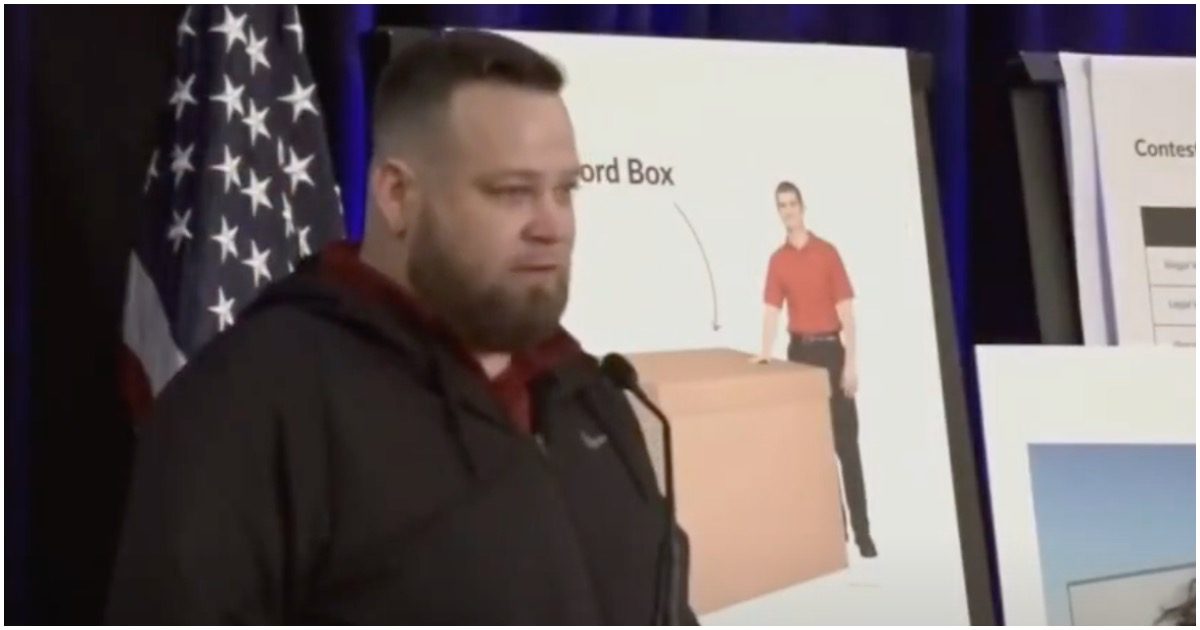 Thankfully, Morgan is speaking up.

Let’s all pray that everything that needs to come out comes out, and Joe Biden never steps foot inside the White House again.

From Just the News:

Sworn testimony of several whistleblowers on Tuesday alleged what one election integrity activist is calling “potential ballot fraud on a massive scale,” with multiple eyewitnesses testifying to alleged suspicious behavior in Pennsylvania and Wisconsin.

In a press conference in Arlington, Va., the Amistad Project — a civil liberties initiative of the Thomas More Society — presented the testimony of three individuals who claim to have witnessed apparent voting malfeasance during the 2020 election.

One, Jesse Morgan, a truck driver for a subcontractor with the United States Postal Service, claimed that a trailer he was driving, one full of potentially upwards of 288,000 ballots, disappeared from its parked location at a Lancaster, Pa. USPS depot after Morgan dropped it off there. Morgan had transported those ballots from Bethpage, N.Y.