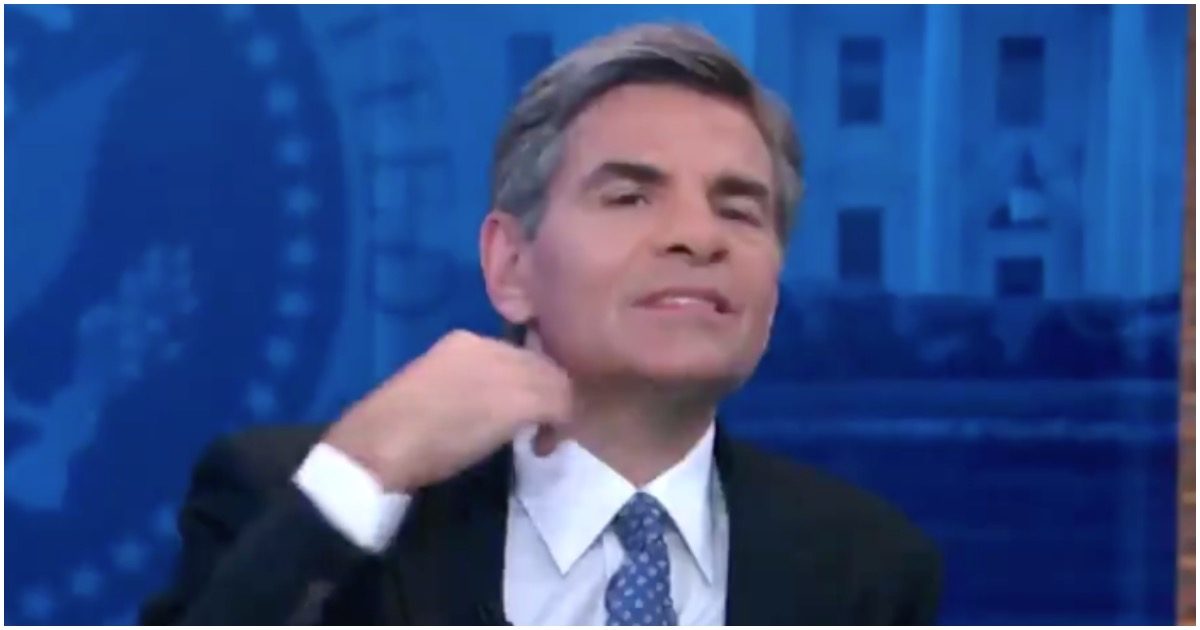 As a house explodes behind him, Leslie Nielsen walks away saying, “nothing to see here!” That’s how the mainstream media treats any situation that might be favorable to President Trump.

But, at the very least, the American public 100% understands that the mainstream media is far-left and extremely biased. In a way, they have accepted it. Not that it matters to the MSM. They just keep chugging along, full speed ahead.

An awkward moment from ABC News’ coverage of the Senate impeachment trial Thursday has gone viral and sparked all kinds of commentary online.

ABC News Chief Anchor George Stephanopoulos —who once served as a senior advisor to the only other living impeached president not named Donald Trump — was caught on camera Thursday making a “slit-the-throat” gesture urging the crew to stop showing White House Attorney Jay Sekulow as he countered a reporter’s supposition that allies of President Trump have “made statements to the effect of ‘abuse of power is an impeachable offense.’”

This is what media bias looks like featuring ABC's @GStephanopoulos. pic.twitter.com/uogaxec9Lj