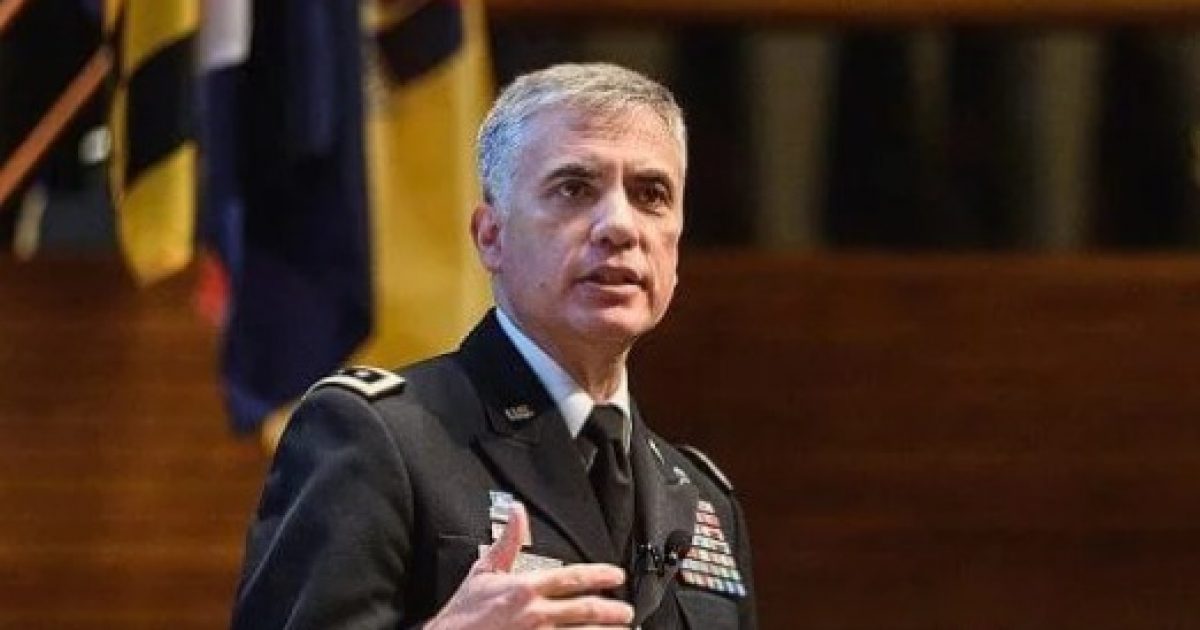 If information can be “weaponized” than internet censorship can be classified as “defense.”

The Washington Free Beacon has given helpful news and commentary to conservatives. I think it is a valuable site. But it also has NeverTrumper (and maybe Neocon) connections that concern me sometimes. Remember, they were the original clients who hired Fusion GPS to do opposition research against Donald Trump.

So it bothers me when they post a headline describing “information” being “weaponized” the same way the New York Times describes conservative use of the First Amendment. We are adults who make up our own minds!

I appreciate the need for cyber security, but protecting against hacking should not be confused with censoring speech.

Foreign adversaries have stepped up the use of information warfare to control populations since 2011 and the operations are one of the new threats in the digital age, according to the director of the National Security Agency.

Army Gen. Paul Nakasone, who heads both NSA and Cyber Command, said in remarks last week that both the military and the nation as a whole are taking steps to counter foreign information warfare and to use information operations against adversaries.

The Arab Spring uprisings that began in April 2011 were fueled by social media and the internet and led to the unseating of several governments throughout the Middle East and North Africa.

“We looked at this as an indicator of how powerful a free and open internet can be in the world, and we looked at this from that lens,” Nakasone said in remarks to a security conference in Aspen, Colorado.

“But I would also say that our adversaries looked at it from a completely different lens: As an existential threat to their existence.”

Both Russia and China stepped up internal internet controls and other internal security measures after the Arab Spring aimed at blocking the spread of pro-democracy revolutions to their nations.

“And so what have you seen since then, I would say, is the weaponization of information,” Nakasone said. “The idea of being able to control a populace with disinformation.”

“I think that is an incredibly important trend that we’re starting to see,” he said.

Both states are “operating below the threshold of war,” he said.

Asked if the United States is prepared to wage information warfare against the kind of activities used by Russia against Ukraine and the American election, Nakasone said the military has begun incorporating information warfare into its tactical training.

The “Resistance” Has a New Weapon in Their Arsenal of Annoyances