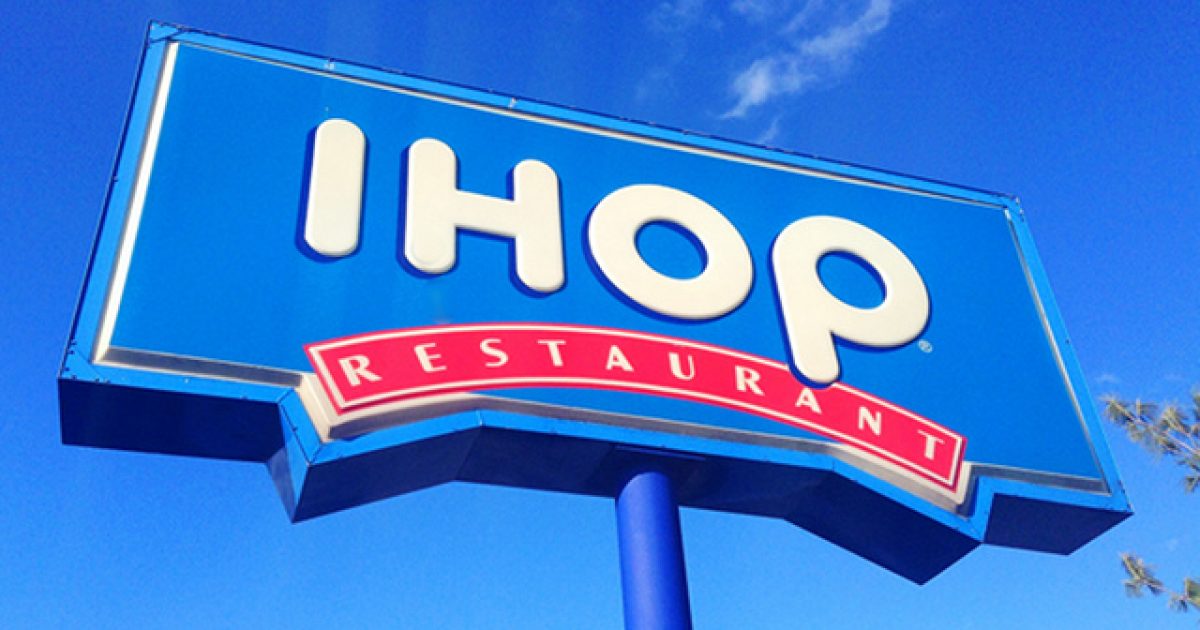 So earlier this week, IHOP, the extremely popular pancake joint, announced they were going to be changing the name of the restaurant, flipping the “p” to a “b,” stating they’d reveal what it all means on June 11.

As you might imagine, the strange decision has taken the Internet by storm as folks across the globe have put their thinking caps on in an effort to attempt to figure out what it all means.

Apparently there’s not a whole lot else to do in 21st century America.

Thus far, the post has generated more than 12,000 comments and has been “liked” some 20,000 times. From senators to musicians, everyone on social media was getting in on the action, offering speculation over what the “b” stands for with comical reactions.

“You can make it International House of Bowling if you want, so long as I can still get three eggs over easy, corned-beef hash, and dry rye toast,” wrote Sen. Bob Menendez. “Heck I go to IHOP so often, the b’s gotta be for Bob.”

You can make it International House of Bowling if you want, so long as I can still get three eggs over easy, corned-beef hash, and dry rye toast.

Heck I go to IHOP so often, the b’s gotta be for Bob.

The reactions to the decision were, shall we say, a bit mixed:

This is stupid. I’m not saying IHOB. Not now. Not ever.

Oh my god,,, its the ‘International House of Beyoncé”. Think about it, she already owns her own church, and ihop is the perfect place for a post church meal, this marks only the beginning of her global takeover.

IHOP then posted a poll of possible explanations that the “b” could be, with bacon being the most popular answer.

A rep for the company stated that the name change was for real, but did not indicate whether it was permanent or not, which means it’s likely for some sort of promotion or something.

Like all you can eat bacon. That would be awesome.

Google Claims to Love Diversity, So Why Did They Just Do This With Their Pay?

Alyssa Milano Once Again Tweets About The Constitution. Once Again It Goes Very, Very Badly