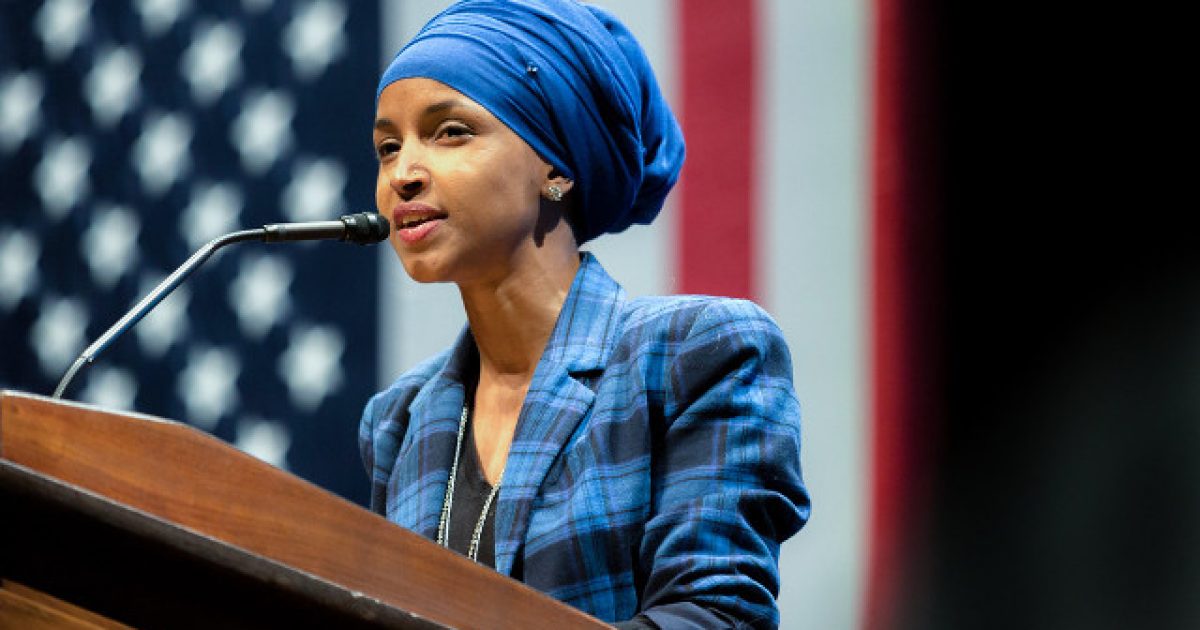 Democratic Rep. Ilhan Omar, who has become notorious over the last year for the many, many anti-Semitic statements she’s made about Jews and Israel, bid a very not fond farewell to GOP Rep. Peter King, who stated he would not be seeking re-election next November.

King, who is 75-years-old, stated he would not be seeking a 15th term in Congress on Monday morning. Omar wasted no time in saying “good riddance.”

“Peter King is an Islamophobe who held McCarthyite hearings targeting American Muslims, said ‘there are too many mosques in this country’ and blamed Eric Garner for his own death at the hands of police,” the Minnesota freshman congresswoman tweeted. “Good riddance.”

Peter King is an Islamophobe who held McCarthyite hearings targeting American Muslims, said “there are too many mosques in this country” and blamed Eric Garner for his own death at the hands of police.

As Omar referenced, King said that there “too many mosques in this country” in a 2007 interview with Politico. He then explained his statement saying, “I think there has been a lack of full cooperation from too many people in the Muslim community.”

King later hit back at Politico’s framing of his remarks claiming, “The quote was taken entirely out of context by Politico. My position in this interview, as it has been for many years, is that too many mosques in this country do not cooperate with law enforcement. Unfortunately, Politico was incapable of making this distinction.”

Not every Democrat shares Omar’s hatred for King. Senate Minority Leader Chuck Schumer praised King, calling him “principled” and stated he would “miss him in Congress.”

Peter King stood head & shoulders above everyone else

He’s fiercely loved America, Long Island, and his Irish heritage and left a lasting mark on all 3

I will miss him in Congress & value his friendship https://t.co/GSXizZ2c5D

King, in a statement released on Monday, said, “The prime reason for my decision was that after 28 years of spending 4 days a week in Washington, D.C., it is time to end the weekly commute and be home in Seaford.”

PETA Urges People To Be ‘More Like Trump’ For Thanksgiving