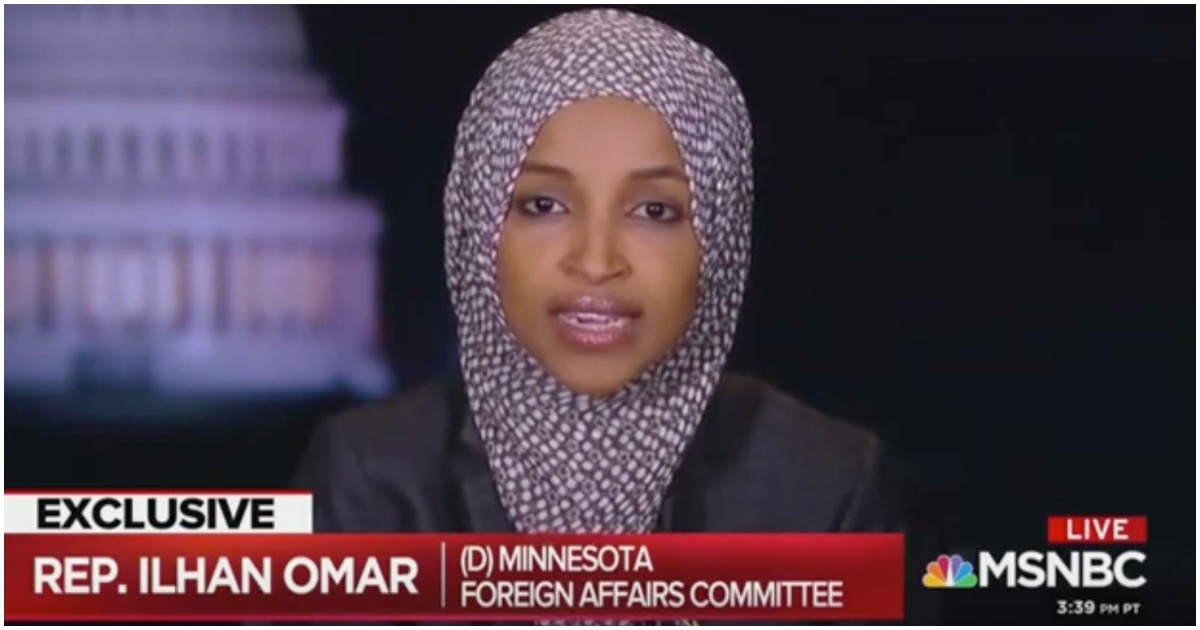 Comparing President Trump to the likes of a Gambino or Bonnano or Geneovese mob boss is a new low, even for radically far-left, ethically challenged, Democrat Congresswoman Ilhan Omar (MN).

And yet, she went ahead and did it because why not? She’s knows the media is on her side. She can say anything she wants about Trump and it will be reported as fact by a lying press.

Speaking on MSNBC’s “The Beat” with leftist host Ari Melber, Congresswoman Ilhan Omar (D-MN) compared President Trump to a mob boss, saying, “I’ve used examples where you’ve had mob bosses who have committed atrocity after atrocity, have violated our criminal codes of conduct, and we got them on one narrow case, but they get to serve time.” When Melber gushed that Omar was “artfully making a comparison on the legal precedent to this president and Al Capone,” the murderous mobster of the Prohibition Era, Omar answered, “Yes.”

Omar, who herself has been the subject of ethics allegations, also stated, “It’s important for us to impeach him so that we can restore the integrity and the honesty and the trust of the presidency.”

Israel can do no right in the eyes of Ilhan, Rashida Tlaib – any Democrat, really.