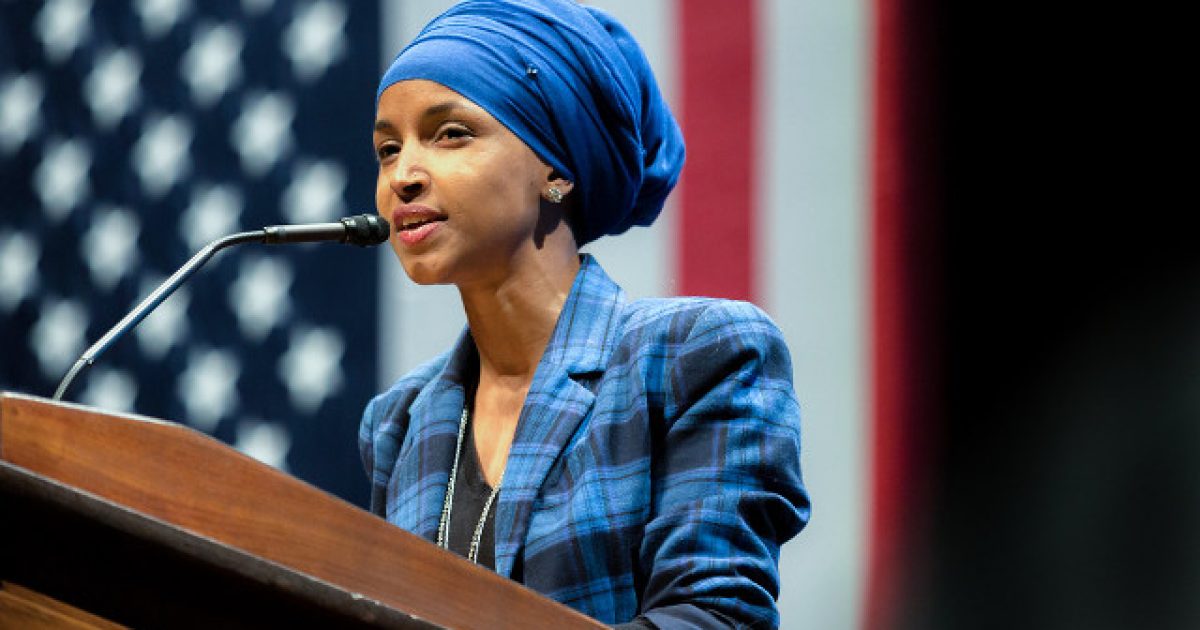 Omar revealed the “Homes for All Act” on Thursday, which would go hand-in-hand with Rep. Alexandria Ocasio-Cortez’s Green New Deal by creating 12 million housing units by ensuring they were all built to the highest environmental standards.

In her announcement, Omar, 38, explained that her affordable housing plan would ensure that no one is denied access to public housing, no matter their gender identity, race, sexuality, or immigration status.

No one in the wealthiest county in the world should be forced to sleep on the streets.

Today I am introducing the Homes for All Act, a bold 21st century vision to build 12 million new public & affordable housing units and guarantee housing as a human right. #HomesforAll pic.twitter.com/muWeTfnqLT

“We will prohibit any discrimination against residents based on sexual orientation, gender, criminal history or immigration status,” Omar explained, later adding, “Doing the Homes for All really gets us closer to having the America I imagined be realized and I’m really excited for the opportunity to now be in a position of influence to get that done.”

This would break from the Trump administration’s affordable housing policies. Housing and Urban Development Secretary Ben Carson announced in May that undocumented families would be denied taxpayer-funded housing in order to make room for citizens in need of public housing.

Omar, who first arrived in America at the age of 12 as a refugee, has noted that the sight of folks living on the streets had a profound impact when she came to this country. Ever since, she has vowed to fight for making housing a human right.

It’s past time we guaranteed housing as a human right.

So today, I’m introducing the #HomesForAll Act to:
🏘️ Green-light construction of 12 million public and affordable housing units
⬇️ Drive down costs throughout the market
🌎 Create a new vision for public housing in the U.S. https://t.co/jULuvKLfbo

Omar did not provide any information on how the program would be funded.

Can the Defense Team of the President In the Senate Call Adam Schiff to Testify? (Opinion)