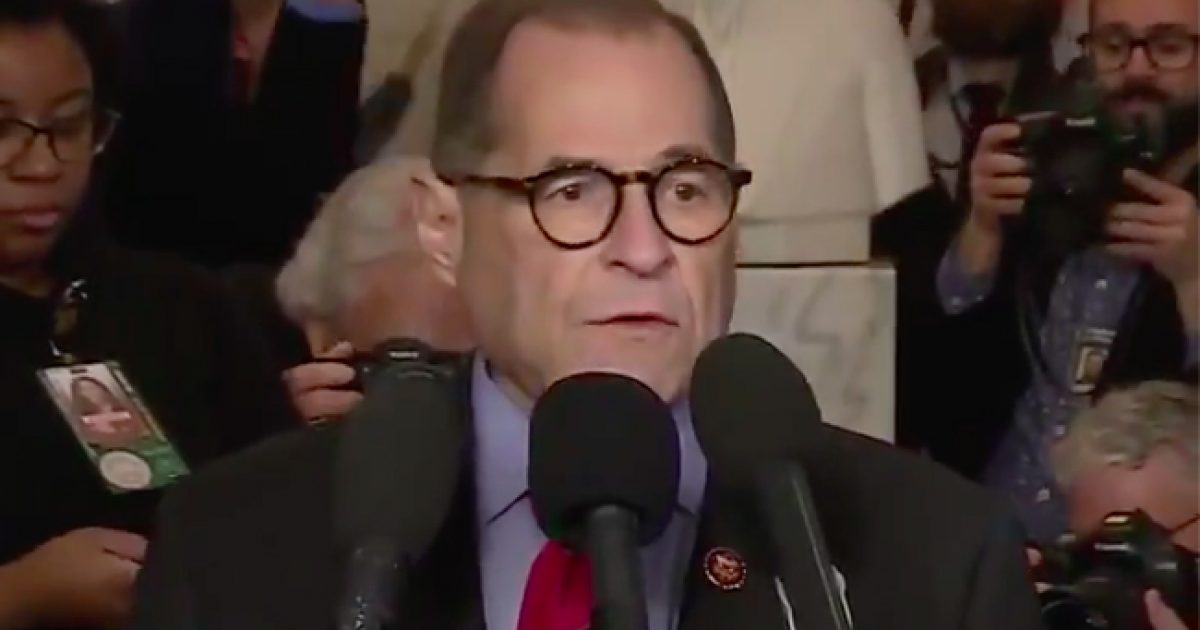 In a pair of party-line votes, the House Judiciary Committee approved two articles of impeachment against President Trump Friday morning.

TheBlaze has more information on how things went down:

One article of impeachment is for alleged abuse of power in his administration’s interactions with Ukraine earlier this year, the other is for obstruction of Congress during the House’s subsequent investigation into the Ukraine controversy. Both were introduced by House Democrats earlier this week.

The committee voted on each article of impeachment separately, passing each by a party-line vote of 23 to 17, with Democrats in favor and Republicans opposed.

Friday morning’s vote came after two days of heated committee deliberations over the articles, during which Republicans offered multiple amendments to the language, none of which were adopted.

On Thursday evening, committee chairman Jerry Nadler decided to stop the proceedings and move them to the next morning, stating that he wanted to give legislatures time “to think about what has happened over these last two days and to search their consciences before we cast our final votes.”

Republican Doug Collins slammed the decision, referring to it as a “bush-league stunt,’ saying he and his colleagues were not consulted on the changes that were made.

Nadler made a few quick remarks after the vote, saying “today is a solemn and sad day,” and that “the House will act expeditiously” on the matter of impeachment.

Trump Comes To New Deal With Beijing; New China Tariffs To Be Scrapped, Others Rolled Back