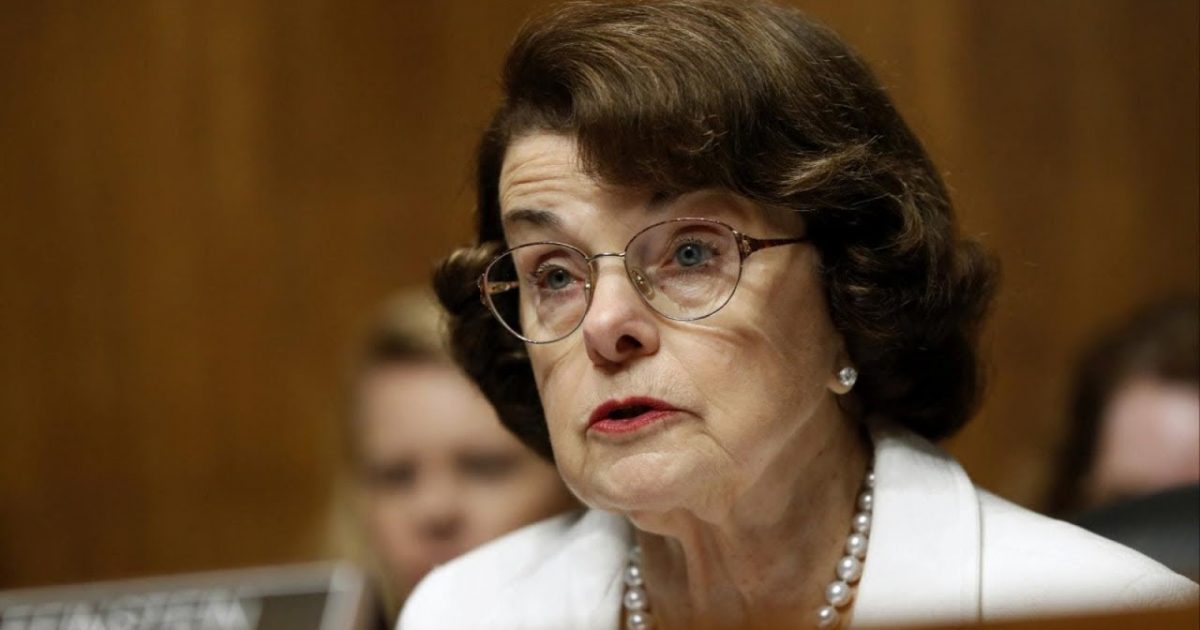 Rep. Jim Banks: “While we know that the FBI approached Senator Feinstein five years ago to inform her of this threat, right now there are more questions than answers regarding this case. The American people have a right to know whether classified American intelligence has been compromised.”

Why was it kept quiet for so long?

Today I sent a letter to the @FBI Director requesting details on the threat posed by Senator Feinstein’s staffer who was reporting to Chinese officials while she headed the Senate Intelligence Committee. There are far more questions than answers at this point. pic.twitter.com/unakVN8StK

A Republican lawmaker sent a letter Tuesday to FBI Director Chris Wray pressing for answers on whether national security was jeopardized by a staff member at a state office for Sen. Dianne Feinstein, D-Calif., who was found to have been a Chinese spy.

“While we know that the FBI approached Senator Feinstein five years ago to inform her of this threat, right now there are more questions than answers regarding this case,” Rep. Jim Banks, R-Ind., wrote to Wray. “The American people have a right to know whether classified American intelligence has been compromised.”

Recent reporting has said Chinese intelligence officials recruited a staff member at Feinstein’s San Francisco office to provide them with details on local politics. Feinstein said she was notified five years ago about the FBI’s concerns and subsequently removed the staffer.

“Five years ago the FBI informed me it had concerns that an administrative member of my California staff was potentially being sought out by the Chinese government to provide information,” Feinstein said in a statement earlier this month. “He was not a mole or a spy, but someone who a foreign intelligence service thought it could recruit.” More

A Democratic Senator who has access to some of the most sensitive information in the United States but has a foreign spy as an employee for 20 years.

More ‘Damning’ Planned Parenthood Videos Could Soon Be Released. Here’s What That Could Mean.