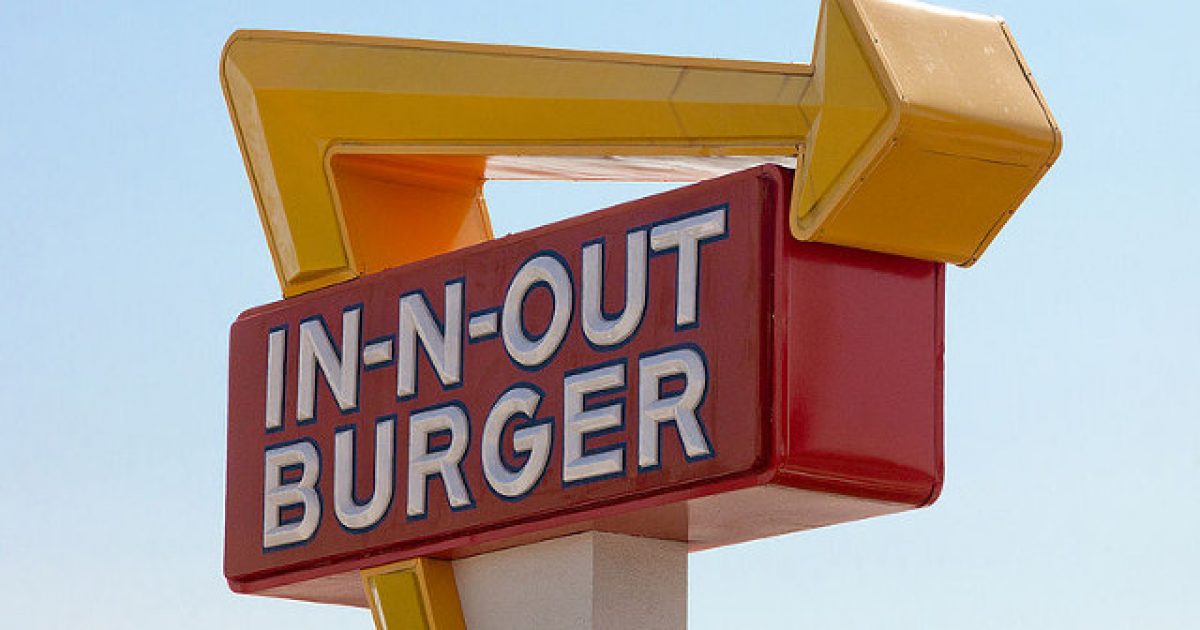 Famous burger chain, In-N-Out, is about to get a taste of what it’s like to be Chick-fil-A, after liberals have begun calling for a boycott of the restaurant following the discovery that they donated to the GOP.

In-N-Out is famous not only for tasty burgers and fries, but for printing John 3:16, the world’s most popular Bible verse, on the bottom of their cups.

According to LAMag, the burger chain known for printing John 3:16 on their cups “gave $25,000 to the California Republican Party this week.” The donation was confirmed by a public filing on the Secretary of State’s website, initially spotted by Washington, D.C.-based journalist Gabe Schneider:

The donation matches a pattern of political contributions made by the fast-food chain. The company donated $30,000 per year to the GOP in 2016 and 2017.

With that revelation, leftists have said they will boycott.

“No more for me,” one user tweeted. “I refuse to spend money at any firm (when I have choices) that donates money to the Republican party or any Republican candidate.”

“So @innoutburger just gave $25,000 to the CA Republican Party,” tweeted another. “I’ve successfully boycotted fast food chains before, and I intend to do it again. #boycottinnoutburger.”

So @innoutburger just gave $25,000 to the CA Republican Party. I’ve successfully boycotted fast food chains before, and I intend to do it again. #boycottinnoutburger

I’m so conflicted about #boycottinnoutburger, but also why in n out, why?

This information will be painful to many of you, and you may act on it, or not, as your conscience demands.

Bless their little hearts. They honestly think that their little boycott is going to do damage to In-N-Out’s bottom line. How cute is that?

Hate to break the bad news to these folks, but once word spreads around that this chain donated to the GOP, conservatives will flock in droves to the restaurant and more than make up for any lost revenue.

It’s this sort of mentality — along with a high quality product — that has led to Chick-fil-A being one of the top restaurants in the world.

Guess the left hasn’t learned this valuable lesson yet.

VIDEO: Kanye West Goes All Out During Interview, Wants to Win Black Community for Trump