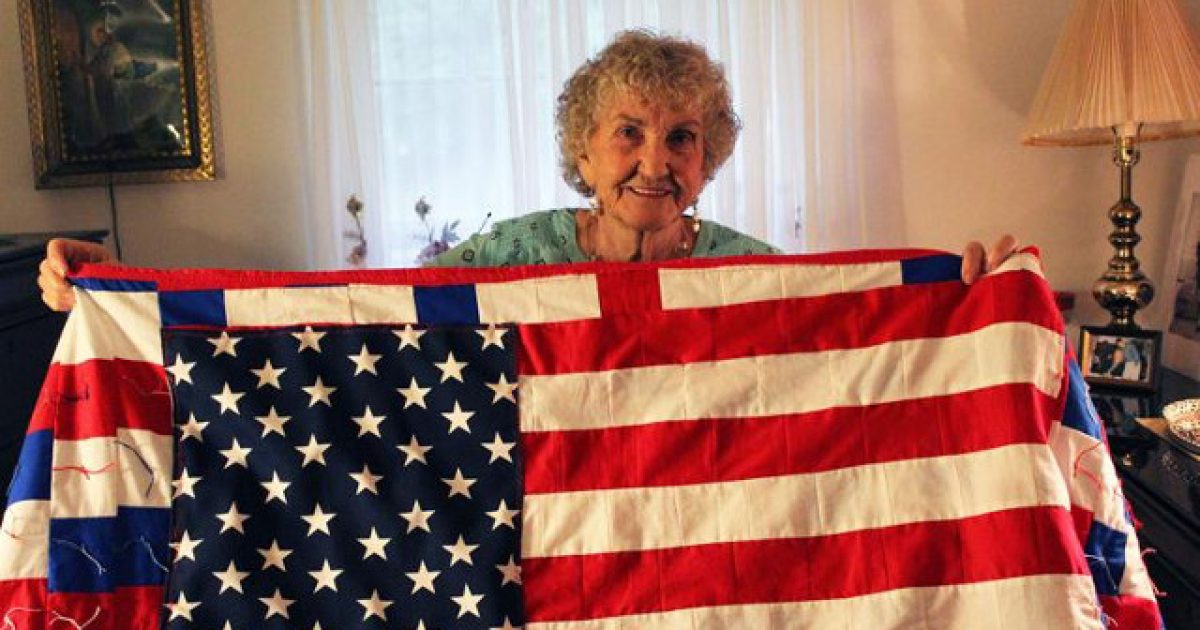 Betty Alexander, a resident of South Bend, Indiana just finished up a quilt she had been working on for quite some time that she intends to gift to President Trump.

The quilt features an American flag and Alexander claims that the Holy Spirit told her to send it to the president.

This is pretty cool.

“When I was thinking ‘who’s this quilt going to be for,’ the Holy Spirit just told me it should be for President Trump.”

Alexander’s quilt includes an American flag and is sized for a queen bed. “But he won’t use it for his bed,” she said. “It’s just for show.”

Alexander is looking for a way to ship the quilt to the White House, “I haven’t made a dime on any of the ones I’ve made. I just want to make sure he sees it.”

She started the quilt after she fell and broke her hip about 4 months ago. The suggested recovery was not her style. “I’m a busy lady,” she said. “I’m not going to sit around and think about things all day. What I can do, I’m going to do.”

Busy indeed. Alexander went to Bible school at 69, and goes to the gym three times a week.

She’s still trying to find out how to send her quilt to the President. “I love Donald Trump,” she said. “I believe his mom probably made quilts.”

With anti-Trump folk seeming to own the media coverage in this country, it’s nice to see someone who actually supports the president be given a little time, demonstrating that there are still Americans out there who love their country and who feel it’s important to fight for their liberty.

Let’s hope that Betty finds a way to get that quilt to the commander-in-chief, as it’s sure to be a gift he’d enjoy having.

Trump Threatens Tough Actions Against China, Check Out How They Responded