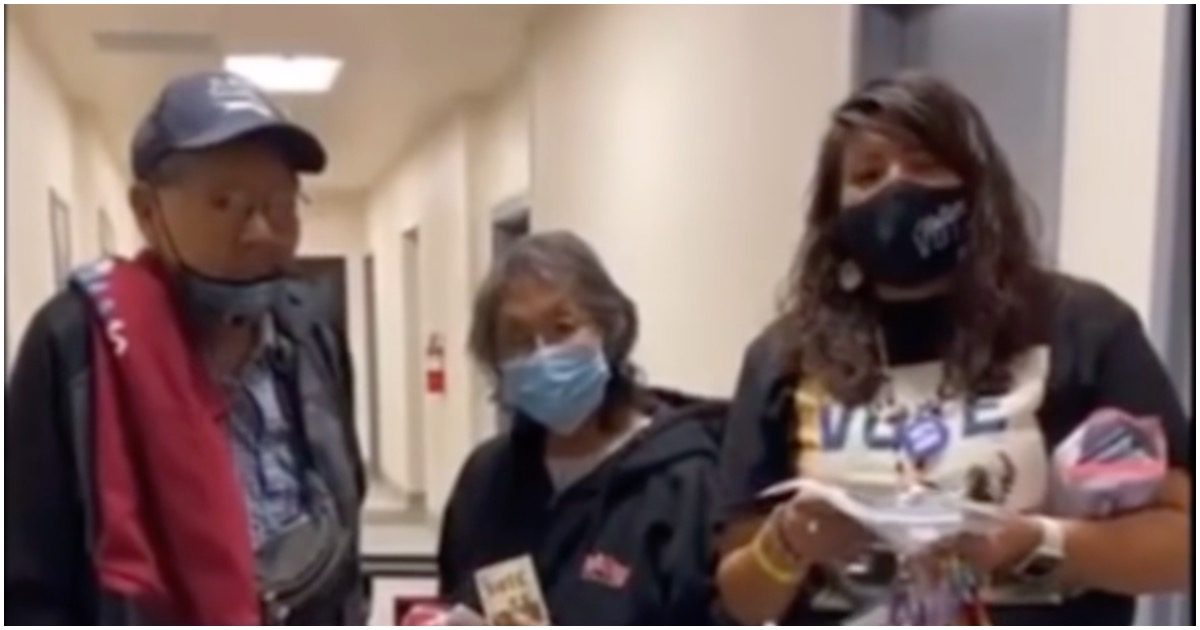 There’s no chance Joe Biden received over 80 million votes in the general election. The man is not well liked. He couldn’t even get enough people at his rallies to fill a studio apartment.

At the end of the day, though, it’s looking more and more likely that President Trump will be a one-termer. Conservatives are supposed to simply accept a fraudulent election as fact.

Native American tribal members were allegedly offered gifts such as jewelry and gift cards in exchange for voting in Nevada, videos being used by the Trump campaign’s legal team claim.

The videos are being used by the Trump campaign to challenge the outcome of Nevada’s presidential election results, an op-ed in the Washington Examiner reported Thursday.

In one 18-minute long video, Reno-Sparks Indian Colony (RSIC) spokeswoman Bethany Sam offers gifts to people who show up to vote. Sam advertises a raffle where participants can win t-shirts, masks, jewelry, and Visa gift cards worth $25, $100, $250, and $500 if they can prove that they voted.

So, what will the corrupt mainstream media do with this one?

What lengths will they go to bury this story?