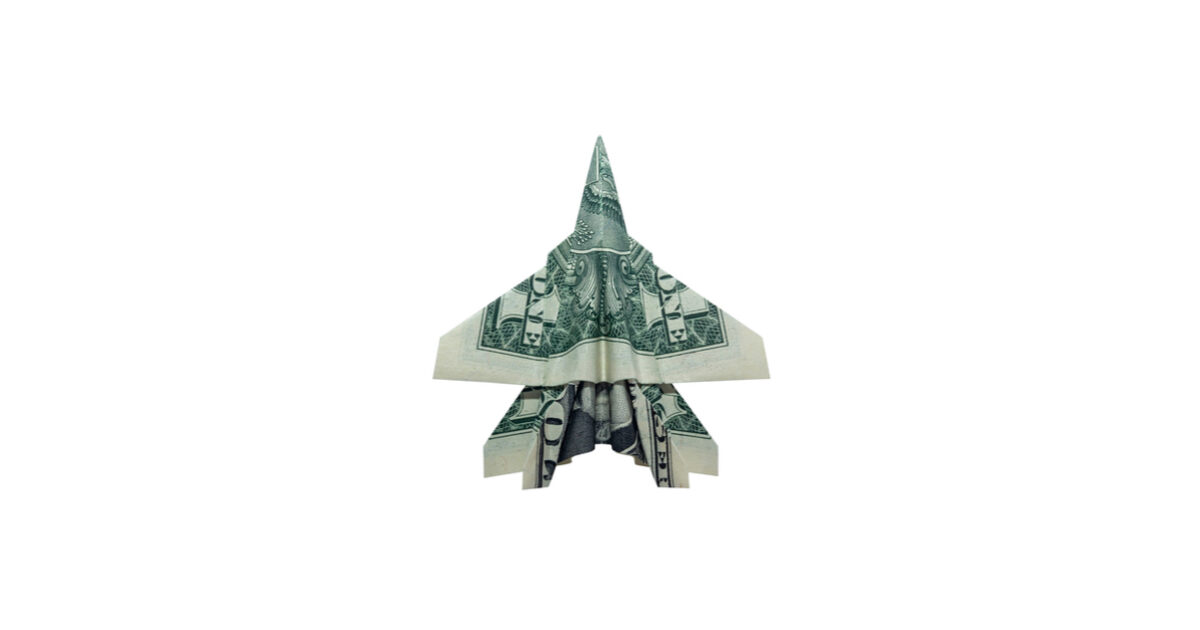 There are many problems with government contracting. The Federal News Network identified one problem when they reported on May 11, 2021, “The longer it takes the Biden administration to get its final fiscal year 2022 appropriation request out, the worse it’ll be for federal contracting. By one account, the final numbers might not get until February.” That is February of 2022, because they will likely not finish work on appropriations until the end of the year while the Fiscal 2022 year starts on October 1, 2021. Inefficiently usually leads to taxpayers paying more for less.

There is another problem for the taxpayer, and it is enormous long term federal contracts that are on autopilot. During the 2008 financial crisis, Americans learned the danger of “too big to fail.” Banks that had lent foolishly had to be bailed out at great expense. Well, these days we are relearning the lesson of “too big to fail.” Except now the government has put itself on the hook.

The issue this time revolves around federal government contracting, especially at the Pentagon. The problem begins in a different era, the 1990s. Back then, the United States was the unchallenged and unchallengeable power. The Soviet Union had collapsed, and the rest of the world was either allied with us our cowed by us.

At that time, the goal was to develop a new generation of weapons that would expand military dominance for decades to come. The federal treasury was overflowing, and money was no object. Leaders decided to back the F-35, a Joint Strike Fighter that would, supposedly, be able to replace jets used by the Air Force, the Navy, and the Marine Corps. A big problem with the plan is that it relied, as so many government projects do, on a single contractor.

The entire F-35 contract went to Lockheed Martin, which could then strategically divide up the spoils among subcontractors. Lockheed brags: “the F-35 program teams with nearly 1,900 U.S. suppliers—including more than 1,000 small business suppliers—in 45 states and Puerto Rico to produce thousands of aircraft components.”

But that doesn’t mean the program is diversified. It just means Lockheed can spend federal government money to buy support in congressional districts across the country.

Representatives from those districts will then support the F-35, whether or not it is a useful program. It’s a classic “too big to fail” scheme, and it has worked for Lockheed decades.

What hasn’t worked is the F-35 itself. If the jet had lived up to its advance billing, perhaps all the government waste would be worth it (perhaps). We would at least have a successful weapon system. Instead, the F-35 lags in virtually every important area.

“Older aircraft remain better than F-35s,” commentator Sean McFate wrote this year. “Dedicated bombers can fly farther with larger payloads. The A-10 Thunderbolt, an aircraft introduced in 1977, is better at ground support missions.” Also, he adds, the F-35 regularly loses in dogfights against the F-15, a jet that has been in service for decades. “The older aircraft easily maneuvered behind the F-35 for a clear shot, even sneaking up on the ‘stealth’ jet. Despite the F-35s vaunted abilities, it was blown out of the sky in multiple tests.”

Also, the U.S. Navy’s and Marine Corps’ F-35s become unpredictable to handle when executing the kind of extreme maneuvers a pilot would use in a dogfight or while avoiding a missile,” Defense News found.

Meanwhile, Lockheed is getting paid to fix the problems it caused. A report from the Defense Department’s inspector general shows the Pentagon may have paid $300 million “to correct wrong or incomplete electronic equipment logs,” as Defense News reported. Separately, Military.com reports that, “Rep. Carolyn Maloney, D-New York, charged that air crews incurred $183 million in labor costs devising workarounds to track and ensure the reliability of spare parts for the F-35.”

Yet after all the money spent to build and repair the F-35, the jet still has more than 870 “deficiencies” that need to be addressed. That includes 10 Category 1 deficiencies, which the Air Force says “may cause death or severe injury.” Its guns don’t even shoot correctly.

The entire American Rescue Plan Act, drawn up to help the country survive COVID, will cost $1.9 trillion. The economy, we can probably agree, is too big to fail. The F-35 will cost about the same amount, some $1.7 trillion over its lifetime. That’s hardly a good return on investment.

Future military programs should be smaller and handled through multiple bidders, to create some price pressure. Meanwhile, the F-35 program needs to be grounded right away. It’s not too big to fail, and fail it certainly has.