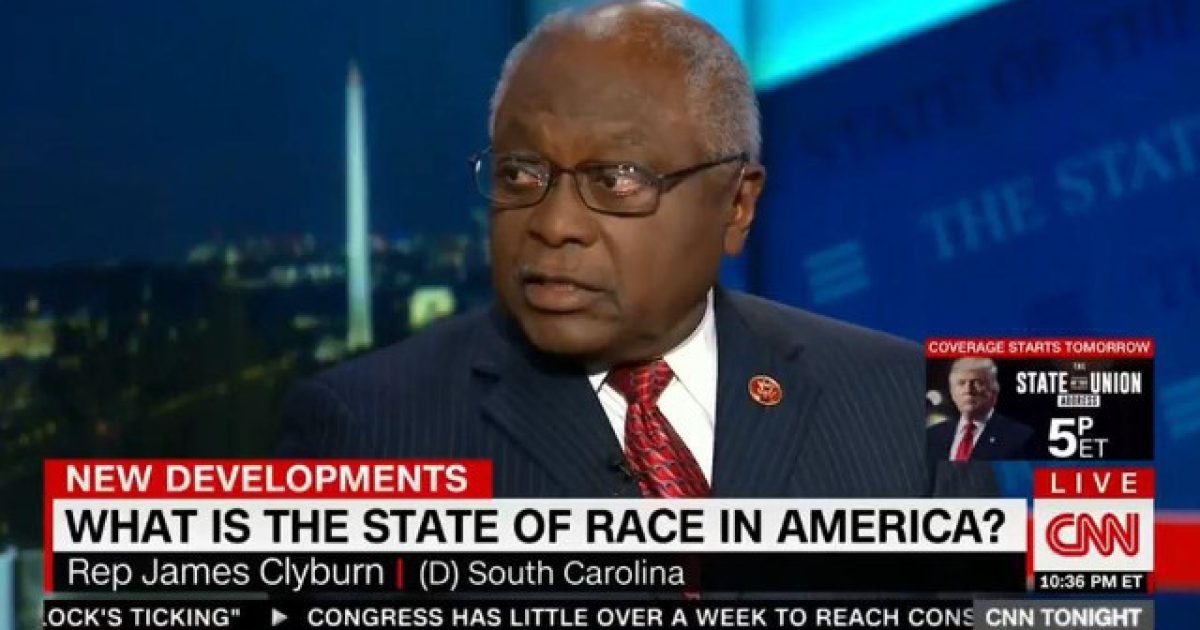 While progressives like to act as if they have a leg up on unity and harmony, especially as it involves tolerance in racial issues, the truth of the matter is, they are just as fallen, wicked, and sinful as everyone else.

The newest wave of infighting that has been ripping the Democratic Party at the seams is proof of this truth. It seems individuals in the party are taking the battle over power positions in the House of Representatives in a racially divisive direction.

While Clyburn didn’t name names, he did provide some more context and suggestions about the kinds of “dog whistling” taking place among his Democratic colleagues.

“I don’t know where it’s all coming from,” he told McClatchy. “But someone came to me over the weekend and told me that (they heard), when I was whip before, I was a figurehead.”

Such criticisms of the only black member of the Democratic leadership team, he suggested, was “the little dog whistles that have been floating around this side for a long time,” Clyburn said. “What do you mean, I was a figurehead? Nothing could be further from the truth.”

Challenging Clyburn for majority whip, the congressman tasked with solidifying votes to promote the leadership’s agenda, is Colorado’s Rep. Diana DeGette, who served as chief deputy whip for 14 years. Her decision to oppose him surprised Democrats, who expected that Clyburn, who served as whip from 2007 to 2011, would run unopposed.

Clyburn told McClatchy that he does not blame DeGette for what he characterized as racially charged criticisms that are not “complimentary” to the Democratic caucus.

DeGette’s spokesman says the congresswoman “categorically and respectfully rejected” any notion that either she or any of her supporters were promoting any racially charged criticisms of Clyburn. But she’s also making clear that she believes she can be more effective than him in the role.

This is the inevitable end result of identity politics being played out within the Democratic Party. It’s a way of thinking that leads to disunity and discord, ripping away at the fabric of our great nation.

Yet, liberals will still continue to practice this line of thinking with reckless abandon. It’s tragic.