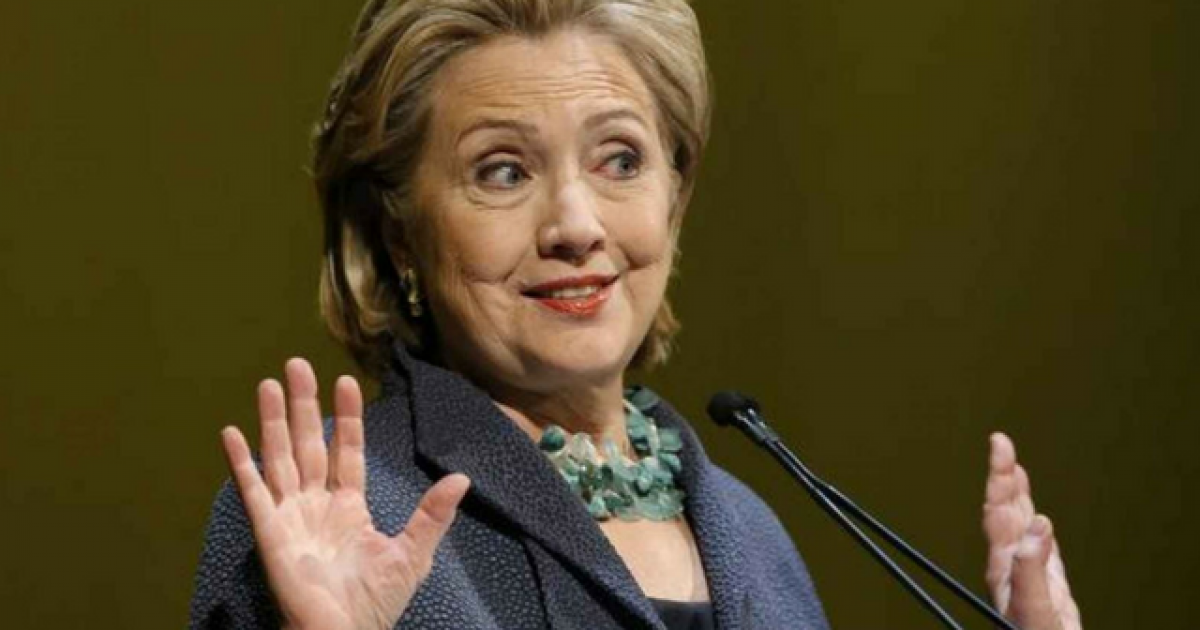 Instead of taking to Twitter and CNN to virtue signal about the “inhumanity” of ICE agents doing their job at the border like most of the left has been doing over the last few weeks, Hillary Clinton has rolled up her sleeves and gotten to work.

She’s been leveraging the emotionally-charged immigration enforcement issue to raise money for her political advocacy group, Onward Together, which The Blaze explains works to get Democrats elected.

And in a matter of days, the group’s email campaign has raised $1 million.

On Thursday, Clinton informed supporters of the massive haul in an email, according to the Washington Free Beacon.

The money, Clinton explained, would be split among a dozen left-wing advocacy groups, including the American Civil Liberties Union.

“Since I reached out to ask this community to step up and support the groups working to protect and reunite families that have been separated at the border, you’ve raised more than $1 million that will be split between the teams at the American Civil Liberties Union, the Asylum Seeker Advocacy Project, the Florence Immigrant and Refugee Rights Project, Human Rights First, Kids in Need of Defense, La Union del Pueblo Entero, the Refugee and Immigrant Center for Education and Legal Services, United We Dream Action, We Belong Together, and the Women’s Refugee Commission,” Clinton said in the email, according to the Free Beacon.

The twice failed presidential candidate also encouraged supporters to join rallies across the country to protest the president.

It has quickly come abundantly clear that Democrats’ interest in illegal migrant children being “ripped” from their mothers’ arms when detained by ICE agents extends as far as they can push their own open-border policy and work towards their own re-election campaigns, and Hillary is no different.

Here’s more of what the email said:

What’s happening to families at the border right now is horrific: Nursing infants ripped away from their mothers. Parents told their toddlers are being taken to bathe or play, only to realize hours later that they aren’t coming back. Children incarcerated in warehouses and, according to more than one account, kept in cages. This is a moral and humanitarian crisis. Everyone of us who has ever held a child in their arms, and every human being with a sense of compassion and decency should be outraged.

Even as I warned this could happen on the campaign trail — that Trump’s immigration policies would result in families being separated, parents being sent away from their children, people rounded up on trains and buses — I hoped it would never come to be. But now, as we watch with broken hearts, that’s exactly what’s happening.

We can be heartbroken, but we shouldn’t be hopeless. There’s something you can do to help.

This would all be somewhat understandable if not for the fact that the presidential campaign she served under was doing the exact same thing.

I wonder, did she raise $1 million decrying the policy, which was enacted to keep children out of facilities where adults were being detained, when Obama was president?