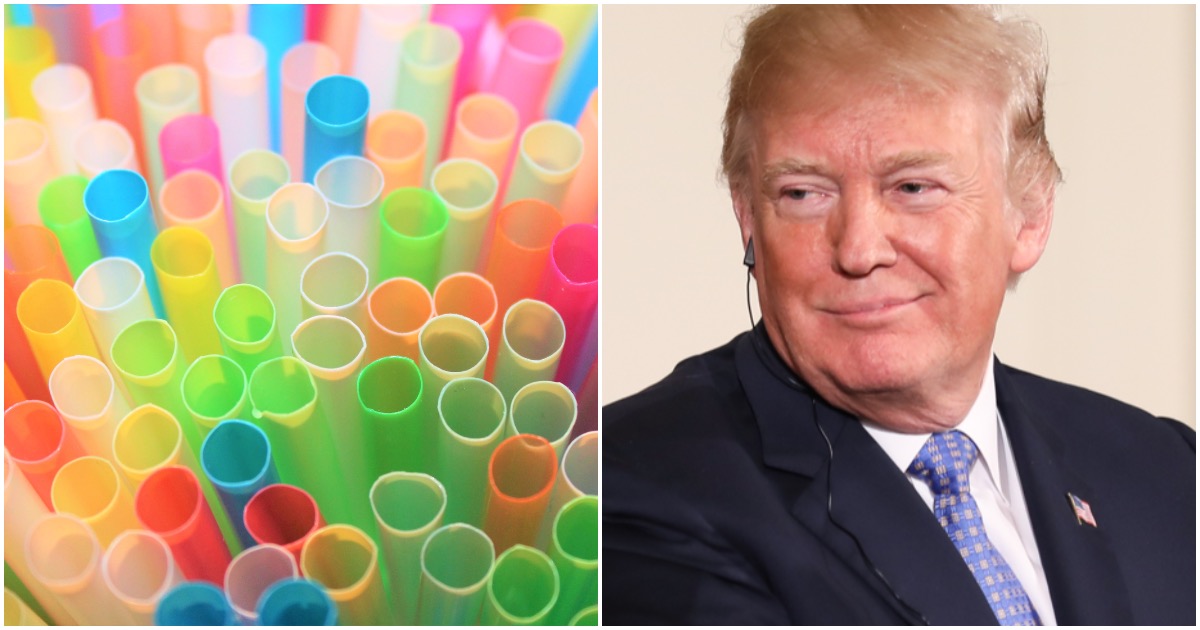 This is pretty funny.

And the end of the day, maybe the best way to fight silliness is to just be even sillier.

“Liberal paper straws don’t work,” a description for the straws read on the Trump campaign merchandise website. The straws are available for $15 for a pack of 10.

My former colleague Philip Wegmann reported at RealClearPolitics that the campaign had originally ordered 200,000 straws but sold out of them quickly and had to order more. A campaign official told Real Clear that sales are expected to exceed $500,000 as early as next week. Tim Murtaugh, the campaign’s communications director, told Real Clear that the “paper straw is universally hated.”

Trump did his thing at a recent rally in North Carolina.

He slammed every socialist Democrat he could think of. He listed the reasons why America is thriving under his leadership.

He also destroyed a far-left protester in typical Trump fashion.

President Trump mocks a protester who is removed from the rally: "He goes home now to mommy and he gets reprimanded and that's the end. 'Sorry mommy. Sorry mom. Didn't mean to embarrass you, mom.’” pic.twitter.com/ac2ZIiDCRj

More videos from the rally:

Crowd at tonight's Trump rally in North Carolina breaks out into chants of "Send her back!" as the president attacks Rep. Ilhan Omar pic.twitter.com/0q5L39W61h

This video below is just bananas.

There’s no other way to describe it.

ICYMI: Sitting Dem Senator Threatens to Punch Trump In the Face, Then Calls for Peace (Watch)