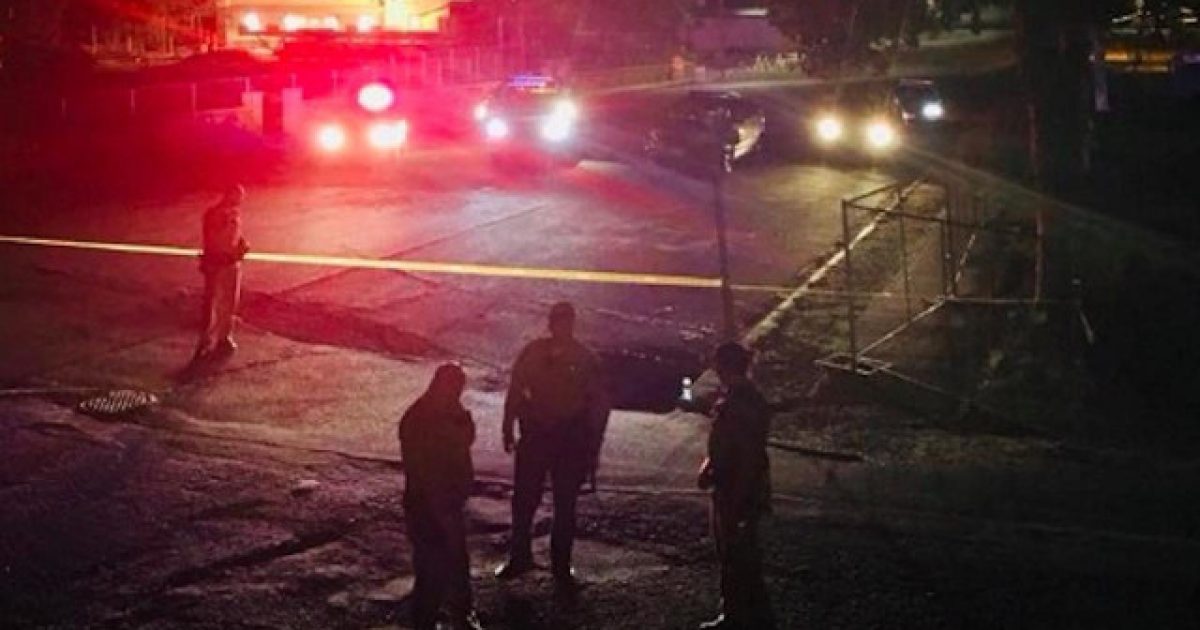 An 80-year-old man from Tuolumne, California heard a noise coming from his rental property located next to his house on Tuesday evening, a building that was supposed to be unoccupied, so he and his wife decided to check things out to see what was going on.

However, they didn’t just mosey on over to see what was happening without bringing a little something for the sake of protection, and boy was that ever a good decision.

The couple ended up confronting an intruder who was inside the rental property, and out of fear for their safety, the man opened fire, shooting the unwanted guest.

The Tuolumne County Sheriff’s Office said 29-year-old Bryce Lawrence — a transient — was shot once in the upper torso, the Bee reported. Lawrence is recovering at a hospital, KTXL-TV reported.

Lawrence was in the home with 24-year-old Bryanna Ireland of Sonora, the Bee reported, adding that she was booked into jail on suspicion of burglary.

Bryce Lawrence & Bryanna Ireland are suspected of burglary. Investigators say the man who owns the vacant rental property on Hodge Avenue was frightened when he heard a noise around 11 pm on Tuesday. Fearing for his and his wife's safety, he shot Lawrence. pic.twitter.com/boAlYzeqsf

Investigators told KTXL that Lawrence is known to be homeless and has been arrested a number of times for drugs, trespassing and attempted theft.

There’s a lesson here for both sides to learn in this particular situation. For the criminal, perhaps it’s time to apply that time and energy to getting a real job, a sustainable career that will provide for your basic needs, a feat which must come second to getting help for the drug problem.

With a steady job, the risk of being shot drops dramatically.

Secondly, this is a prime example of why gun ownership is so important and is a fundamental, God-given right. Without the Second Amendment, who knows how this encounter would’ve went down. Things might have taken a really nasty turn for the innocent, law abiding citizens.

What liberals don’t seem to understand is that when people are corrupt, twisted, and messed up, you can’t get rid of their evil ways simply by banning their access to tools. They’ll just find new tools to use against innocent people. Gun control solves absolutely nothing.

Thus, it’s critical to not infringe on the right to bear arms so that good people have the means at their disposal to defend life and property from individuals who seek to take those things away from them.