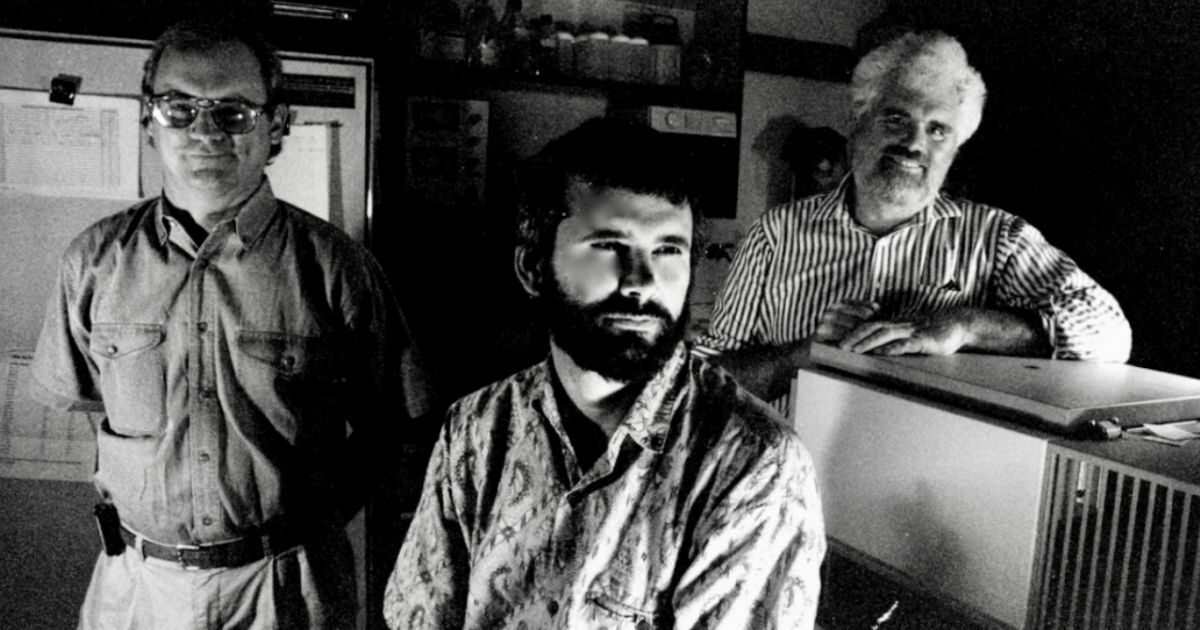 Trust the science: The phrase has echoed across the world throughout the COVID-19 pandemic, a supposed safeguard against questioning what mainstream “science” feeds us — or even injects into us.

But as controversial as it seems, basement-dwelling, tinfoil hat-wearing conspiracy theorists aren’t the only ones acknowledging that something could go wrong with mRNA vaccines — some of the first vaccines authorized for distribution and COVID-19 prevention in the U.S.

This time Dr. Robert Malone — the inventor of mRNA vaccines — is considering the idea himself.

“What happens to confidence in public health and USG if ivermectin turns out to be safe and effective for COVID, and the genetic vaccines turn out to have [significant] safety issues?” he asked in a tweet on Saturday. “This looks like a very plausible scenario from where I sit.”

What happens to confidence in public health and USG if ivermectin turns out to be safe and effective for COVID, and the genetic vaccines turn out to have signficant safety issues? This looks like a very plausible scenario from where I sit.

“Regarding post-COVID genetic vaccine syndromes. I know they happen, do not know how severe or frequent,” he wrote. “I argue for data transparency from @CDCGlobal @CDCgov and #QALY based risk/benefit assessment. Data. Science-based Medicine. Honesty. Transparency. Bioethics. Not conspiracy.”

Regarding post-COVID genetic vaccine syndromes. I know they happen, do not know how severe or frequent. I argue for data transparency from @CDCGlobal @CDCgov and #QALY based risk/benefit assessment. Data. Science-based Medicine. Honesty. Transparency. Bioethics. Not conspiracy.

Malone isn’t the only person to question just how safe mRNA vaccines are and to argue for transparency on the issue, but, as the man who pioneered mRNA science, it’s safe to say his arguments pack a punch.

First, there’s the question every person should ask before being jabbed — what are mRNA vaccines?

These kinds of immunizations work differently than the traditional vaccines with which we’ve become familiar over the years.

“Instead of introducing the body to an inactivated or weakened version of a virus or a piece of it,” as previous generations of vaccines have done, “they temporarily turn the body’s cells into tiny vaccine-making factories,” Bloomberg reported.

“They do this using synthesized versions of something called messenger RNA, a molecule that normally carries genetic coding from a cell’s DNA to its protein-making machinery.”

University of California, Davis photo from my gene therapy and vaccine laboratory group circa mid-1990s at the Department of Pathology in the School of Medicine. From left to right are Dr. Jay Hecker, myself, and Dr. Gary Rhodes. pic.twitter.com/wed2JOGae9

The first two COVID-19 vaccines authorized for use — one from Moderna and the other from Pfizer/BioNTech — were produced by this “experimental” science, according to the report.

Since the concept is so new, however, individuals reserve the right to be wary.

After all, this technology is now inside people.

But Malone’s wariness coincides with the development of a “traditional” vaccine introduced by the U.S.-based company Novavax that’s now being labeled the “Coronavax.”

According to TrialSite News, this traditional vaccine “demonstrated 100% protection against moderate and severe disease” and “90.4% overall efficacy,” keeping this “Coronavax” competitive with mRNA-based vaccines and superior to the Adenovirus-based Johnson & Johnson vaccine.

Malone labeled Novavax’s development a “‘traditional’ vaccine for those wary of the gene vaccines (mRNA, adenovirus vectored)” in a third tweet.

Malone first developed mRNA vaccines at the Salk Institute in 1988, according to his webpage. Still, 33 years later, it appears evidence of their safety is nowhere near exhaustive — especially considering this technology is now so widespread and advocated at every turn.

An evidence review from the Penn Medicine Center for Evidence-Based Practice at the University of Pennsylvania stated in December that “no large trials of any mRNA vaccine have been completed yet” and that “direct evidence on the comparative safety of mRNA vaccines and other vaccines is lacking.”

The evidence review also stated that “the only evidence on safety of mRNA vaccines comes from small phase I and phase II trials of SARS-CoV-2 vaccines, with follow-up typically less than two months” and that “larger trials” of the vaccine were in progress, expected to yield results in mid-2021.

Of course, this review was published just as COVID-19 vaccines first became accessible to the public — but let’s digest that for a moment.

With so little insight into mRNA vaccines at the time their distribution began, shouldn’t scientists have been wary of advocating for the widespread use of this new technology so soon?

Malone seems to think so.

Even without advocating for or against the administration of mRNA COVID vaccines — or any COVID vaccine, for that matter — scientists should be open to all possibilities and should ensure that their “consumers” are aware of these possibilities as well.

Questions like Malone’s have led Big Tech companies to slap free-thinkers with “medical misinformation” warnings and, along with them, a threat to ban these users from their platforms altogether.

Asking questions about this new technology is obviously highly discouraged.

And we can safely assume why.