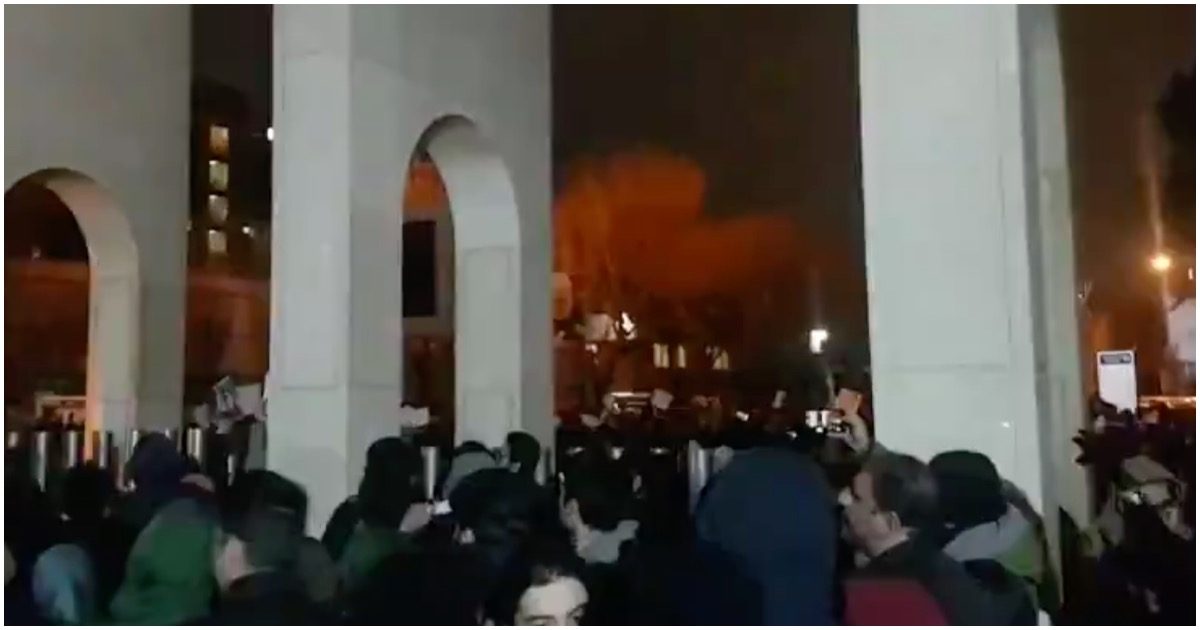 Iran only denied it for a little while before actually admitting they did shoot down a passenger jet with 176 people onboard. For them to admit it took a lot of chutzpah – LOL.

But now, the good people of the world’s leading state sponsor of terror are furious with those in charge – and rightfully so. Check this out, via Daily Wire:

Crowds that appeared to number well into the thousands took to the streets of Tehran on Saturday night to protest and demand that Ayatollah Seyed Ali Khamenei resign after his Islamic government falsely told the citizens of Iran and the rest of the world that it was not responsible for shooting down a Ukrainian passenger plane this week that killed 176 people.

“Angry crowds gathered on Saturday night in at least four locations in Tehran, chanting ‘death to liars’ and calling for the country’s supreme leader to step down over the tragic military blunder, video from the scene shows,” The Daily Mail reported. “‘Death to the Islamic Republic’ protesters chanted, as the regime’s paramilitary security force allegedly used ambulances to sneak heavily armed paramilitary police into the middle of crowds to disperse the demonstration.”