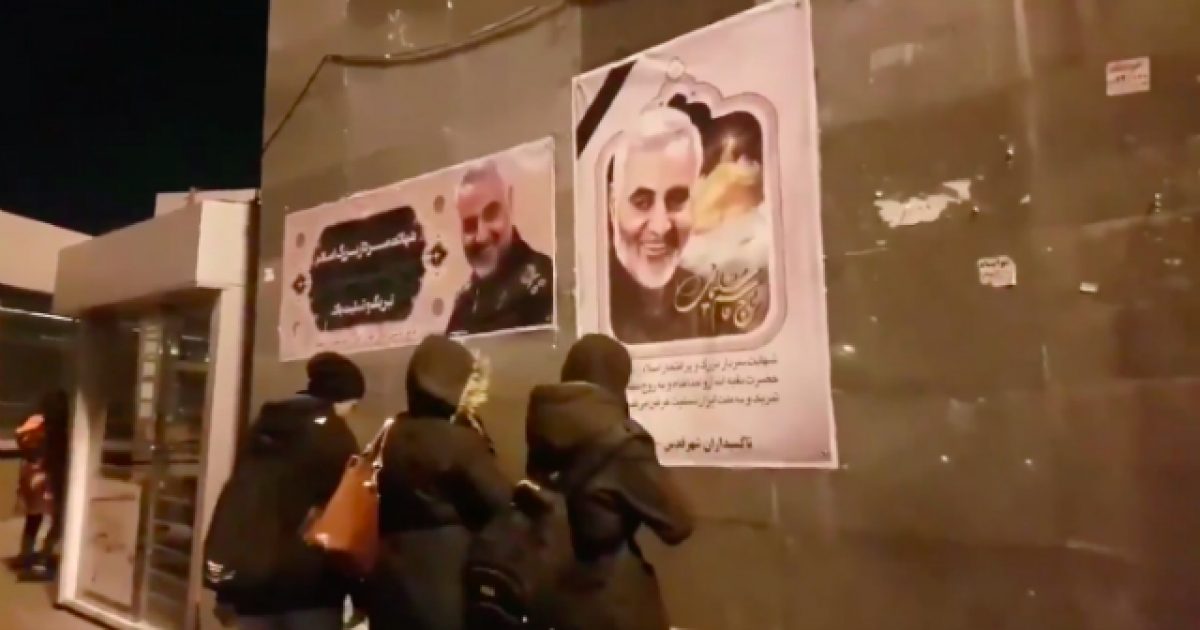 Just how far down the rabbit hole of radical Islamic terrorism is the nation of Syria? Far enough that they would award an evil terrorist like Iran’s Gen. Qassem Soleimani a posthumous medal of honor.

Meanwhile, in Soleimani’s home country, students are tearing down posters of the man posted up all over the place, making their feelings about him quite clear.

Syrian Prime Minister Imad Khamis announced that President Bashar Assad had awarded Soleimani the medal while meeting with Iranian Vice President Eshaq Jahangiri in Tehran. “Awarding this medal reveals the Syrian president’s deep affection for Gen. Soleimani and for his brothers in the Islamic Republic of Iran,” Khamis said, according to Iran’s Tasnim News.

The medal was not named in the news article but was described as Syria’s “top medal of honor.”

Meanwhile, protesters walked the streets of Iran, chanting anti-government statements and claiming Soleimani was no hero.

“Soleimani was a murderer, his leader is, too,” protesters chanted, referring to Iranian Supreme Leader Ali Khamenei.

Iranian protesters tear photos of Qassem Soleimani. This is the real voice of the Iranian people.#IranProtests #IranProtests2020 pic.twitter.com/5fQgi7CjPW

The fact that Syria is honoring a man like Soleimani speaks volumes about where that country is at in terms of whether or not their government supports radical Islamic terrorism. Clearly, it’s a fan of that kind of work as cruelty and wickedness is what Soleimani excelled in.

It seems the people of Iran are ready for a regime change, and while the rest of the world waits to see whether or not that unfolds, we’re all left wondering what a new, free Iran would look like. Truth be told, if they want to have freedom, they will have to be a moral people who ditches many of the tenets of hardcore Islam.

Are they as a people willing to do that and eschew tradition? Only time will tell.