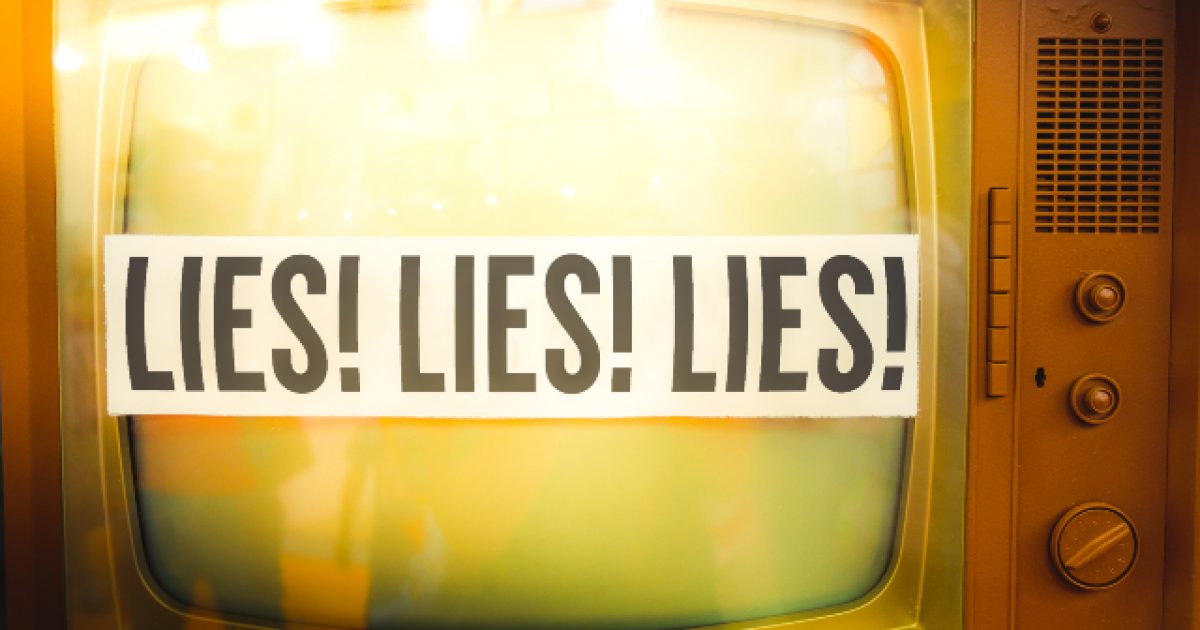 One of the most frustrating aspects of the coronavirus pandemic that has swept across the United States is the lack of solid information about this illness and how to treat it. This isn’t just due to a lack of available facts, which is definitely a part of the issue. It’s also about how so many reports from the mainstream media about the virus tend to contradict other bits of information being reported on or previous reports that were published just days prior.

This had led many to wonder how much of this pandemic and the fear that has surrounded it has been actual, legitimate cause for concern, and how much has just been the result of the mainstream media using the power of the press as a means of spreading fear to help further push along certain narratives that would benefit Democrats in the upcoming presidential election.

For example, if you switch on the likes of CNN or MSNBC, you’d swear up and down that coronavirus is set to be the next Black Plague, population cleanser that could end up wiping out huge swaths of humanity across the globe. Now, to be sure, this virus is definitely serious. It’s super infectious and ridiculously easy to pass from person-to-person.

But the Black Plague it is not.

Listen, according to a piece published by The Washington Times, SARS-Cov-2, which is what causes COVID-19, has already killed 56,740 Americans this year, as of Tuesday of this week. That’s pretty terrible, right? Horrible. That’s not a number to sneeze at, nor to take lightly. Those are human lives that have been snuffed out. People with families and friends who loved them. Contributing members of our great society.

At first the “experts” were saying the death toll would be 1.7 million Americans. Not long after that they redid the models and the number dropped significantly, down to between 100,000-240,000. Still a lot of lives lost, but a far cry better than a figure in the millions.

Well, now another model has come out, one that the White House has been relying on, that says the death toll will be 70,000 by August. This sort of makes the measures we’ve taken to shut down the economy seem to be a little bit on the extreme side, doesn’t it?

Here are some interesting facts to consider from that Washington Times piece:

A recent Stanford University antibody study estimated the fatality rate from the virus is likely 0.1% to 0.2%. The World Health Organization (WHO) had estimated that the death rate was 20 to 30 times higher and called for isolation policies. On which version do you think the media focused?

More than half of the COVID-19 deaths in Europe occurred in long-term care or nursing-home facilities. At least one-fifth of the deaths recorded in the U.S. so far have occurred there.

Nearly all the patients hospitalized for the coronavirus in New York City had underlying health conditions, according to a recent study.

The study found 42% of the patients were overweight and 53% had hypertension, and the others suffered from a variety of ailments.

Another important fact to look at is that the coronavirus has been far more widespread than we originally thought, which means that lots of folks have had this nasty bug and lived to tell the tale. This naturally translates to a lower death rate than previously realized.

An antibody study that was completed in New York, the epicenter of the outbreak here in the US, discovered that 1 in 5 people were already infected with the illness. Look at the numbers for a moment. New York boasts a population of 8.5 million people in the city, which means that 1.8 million folks have already had the virus.

While the study was being completed, the death count was 16,249. The actual death rate in NYC was 0.89 percent. Of course, the media was reporting a significantly higher number, because, well, the higher number fits the anti-Trump narrative a whole lot better, doesn’t it? Plus, liberals in Congress want to make the best use of this crisis they can, and if things aren’t super severe and all doom and gloom, the chances of them twisting arms to get pet projects passed piecemeal in relief packages decreases dramatically.

Let’s jump to the other coast and take a look at Los Angeles. The Washington Times report says that 442,000 residents of the City of Angels might have already been infected with coronavirus by the early part of April, which is exponentially higher than the 8,000 confirmed cases reported at the time. The survey that was conducted suggests that the death rate in the city might actually be as low as 0.18 percent of COVID-19 patients. Again, this number is way lower than the one reported.

The Daily Mail reported Monday that “coronavirus may kill 70 times fewer patients than official UK death figures suggest, studies have shown.” The Mail said a similar fatality rate — 0.19% — was found in a study of residents in Helsinki, Finland.

A study, this one by Dr. Justin Silverman, estimates that there were 8.7 million coronavirus infections in the U.S. between March 8 and March 28. And as of April 17, 10% of Americans have been infected — which is roughly 33 million Americans.

The mainstream media has been hard at work, chugging along on the hype train to try and pump up the volume on the fear of American citizens, hoping that the thumping bassline of panic and terror would send folks flocking to the government for help, hope, and security.

Of course, nothing in life is free. As Milton Friedman used to say, “there’s no such thing as a free lunch.” The government will definitely work toward protecting you and keeping you safe, insofar as it is capable of doing so, but it will cost you something. Your freedom.

The numbers the media reports on a daily basis are skewed into a narrative that is designed to keep you scared, docile, and dependent on the government for security at the expense of your liberty.

What we all need to ask ourselves, given the data that exists which contradicts the media narrative, is this a price we are willing to pay?