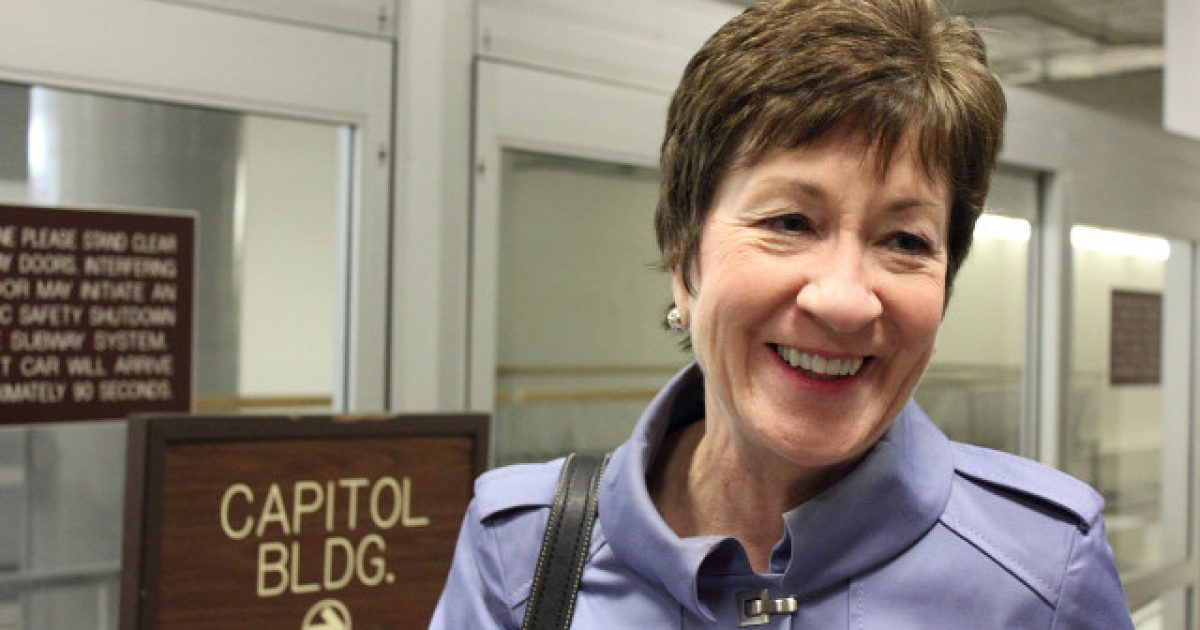 With the confirmation vote for President Trump’s SCOTUS pick, Brett Kavanaugh, coming up in the next few months, many folks on the right have wondered whether or not Sen. Susan Collins would be throwing her support behind him.

Well, there’s a new clue floating around that might give some sort of indication of what Collins is thinking concerning Kavanaugh. Apparently, she’s joined with other members of the GOP who have joined together to limit disclosure of documents related to the past work produced by Kavanaugh.

On Friday, Senate Judiciary Committee Chairman Chuck Grassley decided to elide from a federal document request all the paperwork and emails from 2003-2006, when Kavanaugh served as staff secretary to President George W. Bush, and monitored all documents going back and forth from the president.

Collins stated, “I met with Senator Grassley yesterday about the document request and, as he described it to me, it seems eminently reasonable,” noting Kavanaugh “did not play a role in creating” the documents, as Bloomberg reports.

Senate Minority Leader Chuck Schumer has acknowledged that he has asked the archivist of the U.S., David Ferriero, to release thousands of pages of documents from Kavanaugh’s time as Bush’s staff secretary. According to Schumer, Ferriero responded that he would decide how he would respond by Friday.

Every vote is for Kavanaugh is critical for his appointment to be confirmed, and due to the crucial necessity of having more conservatives on the bench, it’s become extremely important to make sure Kavanaugh gets in and helps take a bold stand for liberty.

It’s unfortunate that the Supreme Court has gained so much power over the years, as it’s clearly overstepping its boundaries in a lot of cases, often times creating laws and usurping authority from both the legislative and executive branches of the government.

Let’s hope this changes over time.

Trump Threatens Tough Actions Against China, Check Out How They Responded