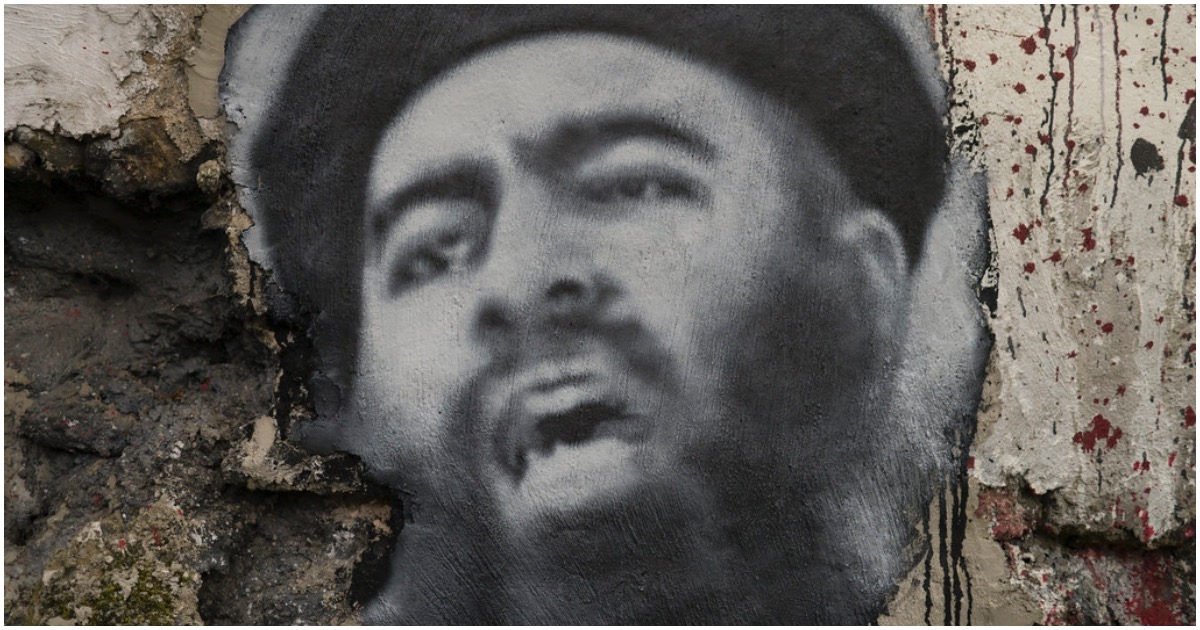 Obama got bin Laden. Trump got al-Baghdadi. The elusive leader of ISIS has been killed. The news was reported late on Saturday night. And it is a big deal.

Democrats won’t care for this so much, though. After all, they’ll still wear shirts honoring notorious murderer Che Guevara. Al-Baghdadi likeness might not be far behind! From Daily Wire:

President Donald Trump authorized a special forces operation targeting Abu Bakr al-Baghdadi, the leader of the Islamic terrorist group ISIS, and the military says that the ISIS leader was successful killed during the mission.

“Amid reports Saturday of U.S. military helicopters over Syria’s northwestern Idlib province, a senior Pentagon official familiar with the operation and Army official briefed on the matter told Newsweek that Baghdadi was the target of the top-secret operation in the last bastion of the country’s Islamist-dominated opposition, a faction that has clashed with ISIS in recent years,” Newsweek reported. “A U.S. Army official briefed on the results of the operation told Newsweek that Baghdadi was killed in the raid. And the Defense Department told the White House they have ‘high confidence’ that the high-value target killed was Baghdadi, but further verification is pending.”

U.S. troops being pulled from Syria aren’t coming home after all, being relocated instead to western Iraq where they will continue to be involved in the battle against radical Islamic terrorist group ISIS. Troops may also continue to fight against the group in Syria also.

Defense Secretary Mark Esper revealed the plans for the troops being yanked from Syria where they were helping Kurdish forces and are now experiencing a very hostile, aggressive military push by Turkey.

It also appears that there’s some sort of potential issue with the messaging coming from the Trump administration over this whole withdrawal.

President Trump tweeted this quote from Esper saying, “The ceasefire is holding up very nicely. There are some minor skirmishes that have ended quickly. New areas being resettled with Kurds. U.S. soldiers are not in combat or ceasefire zone. We have secured the Oil.”

But that’s not what Reuters reporter Idrees Ali, who is traveling with Esper in Afghanistan says. According to the journalist, Esper never said any of that.

I’m not sure who Trump is referring to, but I’m traveling with Defense Secretary Esper and cant recall the quote Trump is using,” the tweet said. “While speaking with us Enroute to Afghanistan, Esper also made no mention of new areas being resettled with Kurds or oil.”

Flashback: Ocasio-Cortez Says She Thinks About Running for President