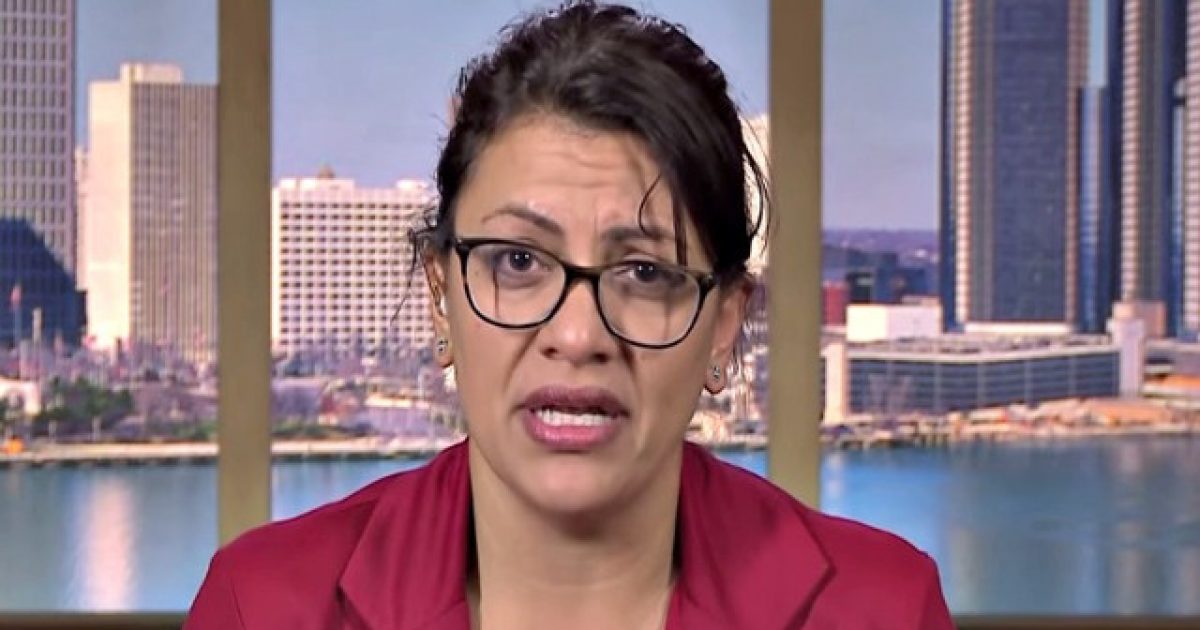 Just hours after Israel finally granted Rep. Rashida Tlaib her request to come and visit family she has in the country, she turns around and declines the offer.

Well, the answer should be pretty darn obvious. The whole thing was nothing more than a political ploy to buy her some favor with the left and further paint Israel and Jews to be the bad guys, a game she’s playing with her buddies in “The Squad” from the very beginning of her time in office.

“My sity wanted to pick figs [with] me. I broke down reading this [and] worry every single day after I won for my family’s safety,” Tlaib said in a series of tweets. “My cousin was texting me which photo of [Omar] & I they should put on a welcoming poster when I heard the news. I couldn’t tell her.”

“When I won, it gave the Palestinian people hope that someone will finally speak the truth about the inhumane conditions,” she continued. “I can’t allow the State of Israel to take away that light by humiliating me [and] use my love for my sity to bow down to their oppressive [and] racist policies.”

The Israeli government initially blocked Tlaib from visiting the country citing her vocal support for the Boycott, Divestment and Sanctions (BDS) movement, which seeks to punish the Jewish State by politically and economically starving the country.

The Anti-Defamation League considers BDS to be the most “prominent effort to undermine Israel’s existence,” and given Tlaib’s vocal support of this effort, it’s not a surprise the people of Israel would be hesitant to let her come into the country.

In 2017, Israeli Knesset passed an anti-BDS law that blocks those who are foreign activists from entering the nation. With Tlaib’s support of BDM, that makes her a foreign activist.

After the country announced they would be barring Tlaib from coming over, she filed a humanitarian request to come and visit her grandmother. As part of the request she promised not to participate in any boycotts against Israel while she was visiting.

Interior Minister Ayre Deri granted her request, but then Tlaib turned it down.

“Silencing me [and] treating me like a criminal is not what she wants for me. It would kill a piece of me. I have decided that visiting my grandmother under these oppressive conditions stands against everything I believe in – fighting against racism, oppression [and] injustice,” Tlaib said.

In other words, this was likely a political scheme and nothing more. If this were really about going to see her grandmother she’d already be over there spending time with her. But as you can see, that’s not the case.

Or, maybe her grandmother means less to her than a political cause? Either way this says way more about Tlaib than it does Israel.

Related Topics:anti-semitismFeaturedisraelRashida tlaib
Up Next

Ocasio-Cortez Makes It Clear: I Am Boycotting Israel Until Netanyahu Lets Omar & Tlaib In

The “war on terror” has gone domestic, and patriots are the new targets
January 23rd, 2021 DC Clothesline