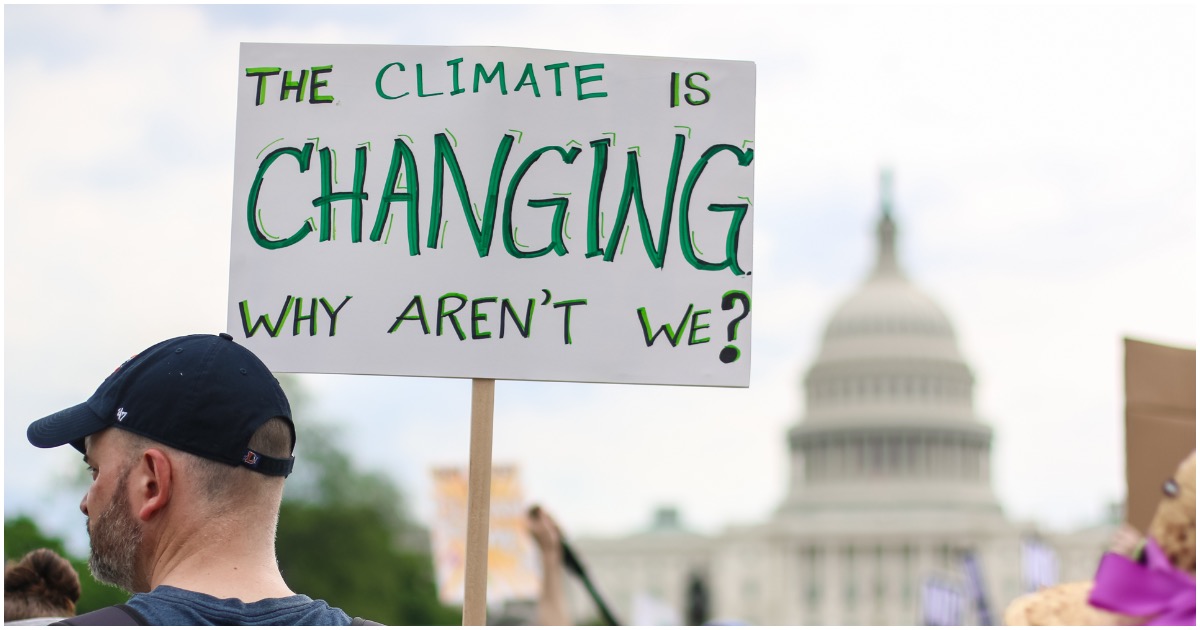 There’s no such thing as “enough” for Democrats.

They keep pushing and wanting and throwing tantrums until big daddy government sticks a pacifier in their mouths.

And they’re not about to let up, either.

When it comes to “climate change,” are you ready to eat human flesh?

Climate Change alarmism has taken a macabre turn that will seem to be satire, but is not. It happened in Sweden.

At a summit for food of the future (the climate-ravaged future) called Gastro Summit, in Stockholm Sept 3-4, a professor held a powerpoint presentation asserting that we must “awaken the idea” of eating human flesh in the future, as a way of combatting the effects of climate change.

In a talk titled “Can you Imagine Eating Human Flesh?” behavioral scientist and marketing strategist Magnus Söderlund from “Handelshögskolan” (College of Commerce) argues for the breaking down of the ancient taboos against desecrating the human corpse and eating human flesh.

This is what happens when inmates run the asylum.

Iceland just held a funeral for its first ever glacier lost to climate change.

Iceland just held a funeral for its first ever glacier lost to climate change. https://t.co/VmuXbLH0pV pic.twitter.com/CCdASlreMo

Officials and climate change activists hold a funeral for the Okjokull glacier in Iceland https://t.co/2xHACnCpT6 pic.twitter.com/RoRMDHwCvC

Biden Grabs Woman’s Hand When She Asks A Question, & She’s Not Happy At All [VIDEO]

REVEALED: Elizabeth Warren Plans to Eliminate Millions of Jobs On Her First Day As ‘President’

Goldman Sachs CEO: We Will Deny Business to Companies with Too Many White Men on Their Boards
January 25th, 2020 Big League Politics

Coronavirus and the Dangers of Fake News – Someone is Lying to You
January 25th, 2020 DC Dirty Laundry