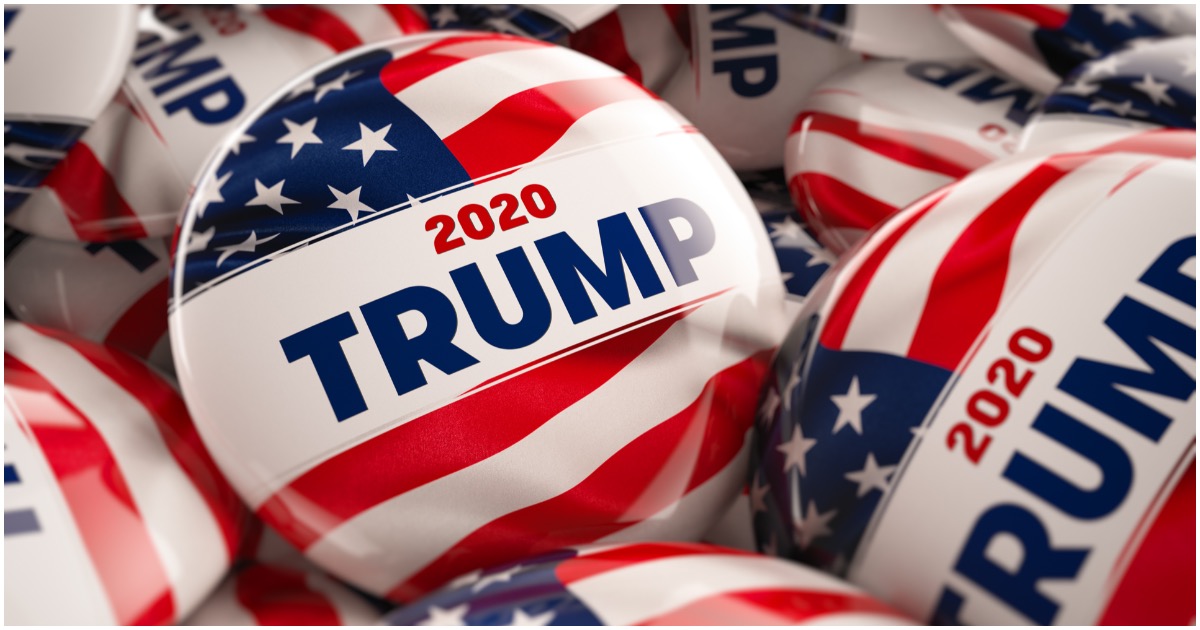 As he has yet to disclose his tax returns, President Trump’s name, if all things were to stay the same, would not appear on the ballot in the Garden State come 2020 if the bill were to pass.

As a candidate and serving as president, Trump has refused to disclose his tax returns. In modern tradition, disclosing one’s tax returns is the normal course of procedure, albeit not required. Responding to requests for the disclosure from Democrats and critics on the Right, Trump has said that he was advised by lawyers not to disclose his returns because he is under audit by the IRS.

One-term Arizona Senator Jeff Flake was hypercritical of candidate and President Trump. The two hardly ever saw eye-to-eye publicly, with each man routinely calling out the other.

Flake played around with potentially running for president against Trump in 2020.

He seemed to be pretty serious about it.

NEW — “That won’t be me.” — Jeff Flake closes the door on a 2020 primary challenge to President Trump: pic.twitter.com/LCjsYiaaeB

Shocked that Jeff flake who wouldn’t have come close to winning his home district isn’t going to run for president.

I thought he was a real contender????

The video of a Minnesota police officer with his knee on the neck of George Floyd obviously looks extremely brutal. And, at the same time, the officer has a history of complaints filed against him. The thing is, people jump to conclusions way too soon. We all know this. It was sad that Floyd died, that goes without saying. But do we know the whole story just yet? WATCH: NEW: Minnesota prosecutor says video showing George Floyd’s death is “terrible” but says there’s “other evidence that does not support a criminal charge” https://twitter.com/BNONews/status/1266136952874696709?ref_src=twsrc%5Etfw%7Ctwcamp%5Etweetembed%7Ctwterm%5E1266136952874696709&ref_url=https%3A%2F%2Ftherightscoop.com%2Fwatch-minnesota-county-prosecutor-says-there-is-other-evidence-that-does-not-support-a-criminal-charge-against-officer-in-george-floyds-death%2F Lest we forget… https://twitter.com/CrankyTRex/status/1266154825605099521?ref_src=twsrc%5Etfw%7Ctwcamp%5Etweetembed%7Ctwterm%5E1266154825605099521&ref_url=https%3A%2F%2Ftherightscoop.com%2Fwatch-minnesota-county-prosecutor-says-there-is-other-evidence-that-does-not-support-a-criminal-charge-against-officer-in-george-floyds-death%2F From New York Post: A man was shot dead outside a Minneapolis pawn shop Wednesday night as violent protests over the death of George Floyd rattled the city, authorities said. Minneapolis cops are investigating reports that the victim was a looter shot dead by an owner of the business, police department spokesman John Elder said at press briefing early Thursday. The man was found with a gunshot wound outside Cadillac Pawn and Jewelry on East Lake Street near Bloomington Avenue at about 9:25 p.m. local time, Elder said. MORE: https://twitter.com/mukhtaryare/status/1266115955714936832?ref_src=twsrc%5Etfw%7Ctwcamp%5Etweetembed%7Ctwterm%5E1266115955714936832&ref_url=https%3A%2F%2Ftherightscoop.com%2Fbreaking-minnesota-gov-calls-out-the-national-guard-in-response-to-rioting-over-george-floyd%2F https://twitter.com/cbsnewspath/status/1266008553636139009?ref_src=twsrc%5Etfw%7Ctwcamp%5Etweetembed%7Ctwterm%5E1266008553636139009&ref_url=https%3A%2F%2Ftherightscoop.com%2Freport-looter-shot-dead-by-pawn-shop-owner-as-minneapolis-riots-raged-and-fires-burned%2F