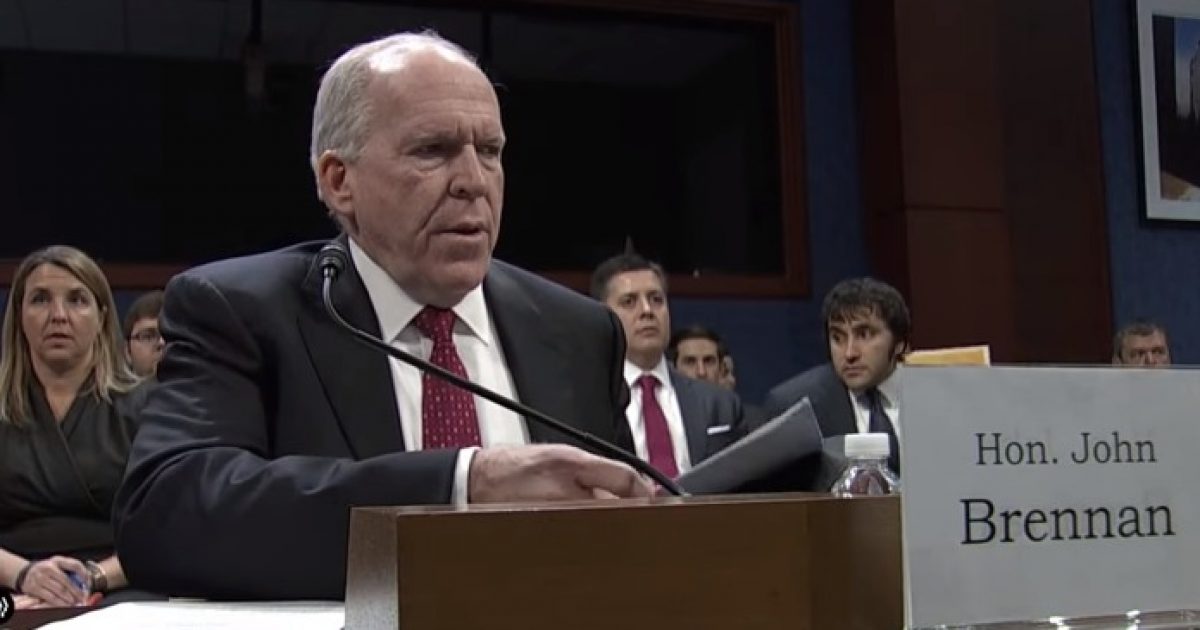 Our intelligence agencies serve at the pleasure of the President; they are not his boss!

Despite the hysteria, principled conservatives are pushing back against the deep state media’s demand for a Presidential loyalty oath to the intelligence agencies embedded in the U.S. government.

And embedded in the media, apparently, with their top secret clearances not revoked!

To say our intelligence agencies must always be believed is to say that elections don’t matter because the President is not allowed to make up his own mind. The media is trying to make us believe that John Brennan is more trustworthy than Donald Trump.

Just about the only politician who had nice things to say about the Trump-Putin summit was Sen. Rand Paul (R-KY), who pointed out that there was little benefit for Trump to confront Putin during a press conference, and added that the intelligence agencies are not sacrosanct. The day after the Helsinki summit, under extreme pressure in the Beltway, Trump came out and unconvincingly walked his statements back.

After all the selective leaking to frame the Trump administration for obstruction, after a U.S. presidential campaign was spied on by the opposing Party’s administration, after years of botched or politicized intelligence assessments, after years of arming bad guys around the world, and after multiple revelations of spying on Journalists, Congress, and American citizens — of course it is appropriate to doubt the U.S. intelligence agencies.

We can be certain about a few things. First, there was the hugely overblown and even pathetic social media campaign run by a Russian troll-farm. This campaign mostly appeared in non-swing-states, and the majority of its spending occurred after the election. In fact, only $46,000 was spent before Election Day, which should be compared to the Trump and Clinton campaigns’ combined $81 million spent on Facebook ads.

Russia also meddled by launching a massive spear-phishing campaign — in which a hacker sends a fake email that tries to trick people into giving out their log-in information — that surely targeted the Democratic National Committee and the Clinton-campaign. But this “hacking” campaign also targeted Republicans, a fact special counsel Robert Mueller didn’t include in his indictment of 12 Russians that occurred days before the Trump-Putin summit.