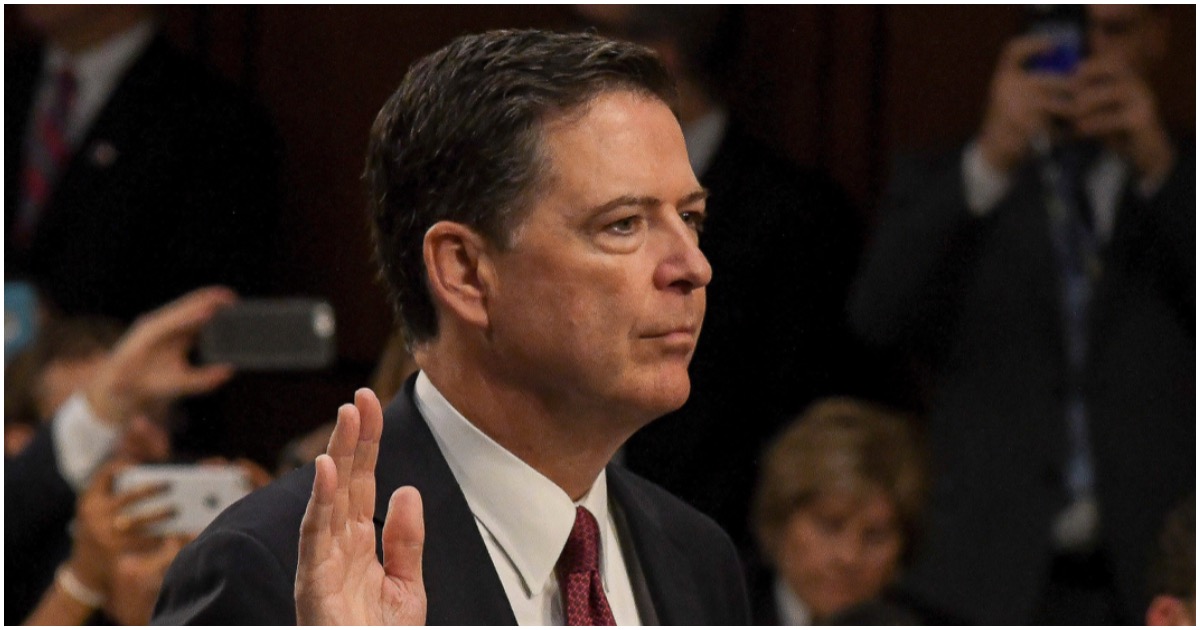 Barack Obama sure knew how to pick ’em, huh?

Everyone will always remember disgraced FBI Director James Comey for his involvement in the 2016 presidential election, as well as refusing to do his job while serving under President Trump.

Likewise, former Attorney General Loretta Lynch will forever be known for discussing with Bill Clinton how to get Hillary off the hook regarding the email scandal – just days before the election.

House Republicans, with just days left in power until Democrats take over, have subpoenaed both Comey and Lynch.

Comey said he would resist. 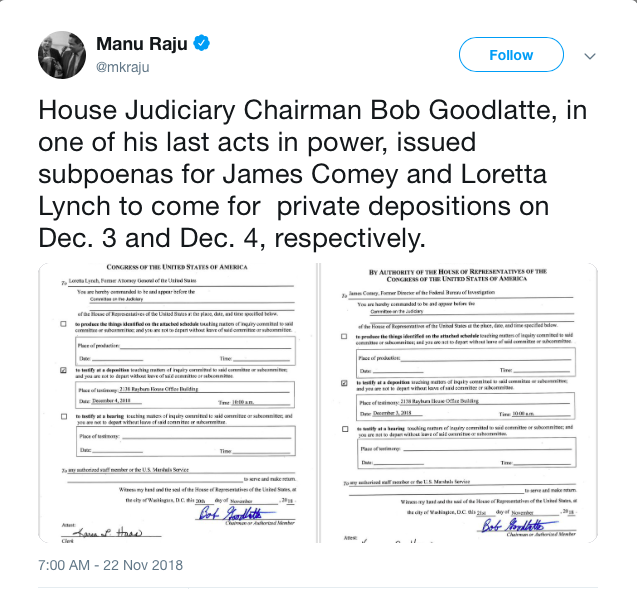 Former FBI Director James Comey said he has received a subpoena from House Republicans, according to a Twitter post on Thursday.

House Republicans have been investigating FBI actions in the 2016 campaign, but that probe will end when Democrats take over the committee in January.

Now, Comey has agreed to testify after appearing to cut a deal with Republicans.

It will not be a public hearing.

Former FBI Director James Comey said on Sunday that he has reached a deal with House Republicans to testify at a closed-door hearing this week about the agency’s actions during the 2016 presidential election.

Grateful for a fair hearing from judge. Hard to protect my rights without being in contempt, which I don’t believe in. So will sit in the dark, but Republicans agree I’m free to talk when done and transcript released in 24 hours. This is the closest I can get to public testimony.

Comey has been caught doing the same thing.

Speaking of Obama, the 44th president made it clear how amazing he is and how everyone who has ever worked with him is a dunce.

Ocasio-Cortez Strikes Again, Steps In It Big Time Over ‘Death Panels’ – Gets WRECKED