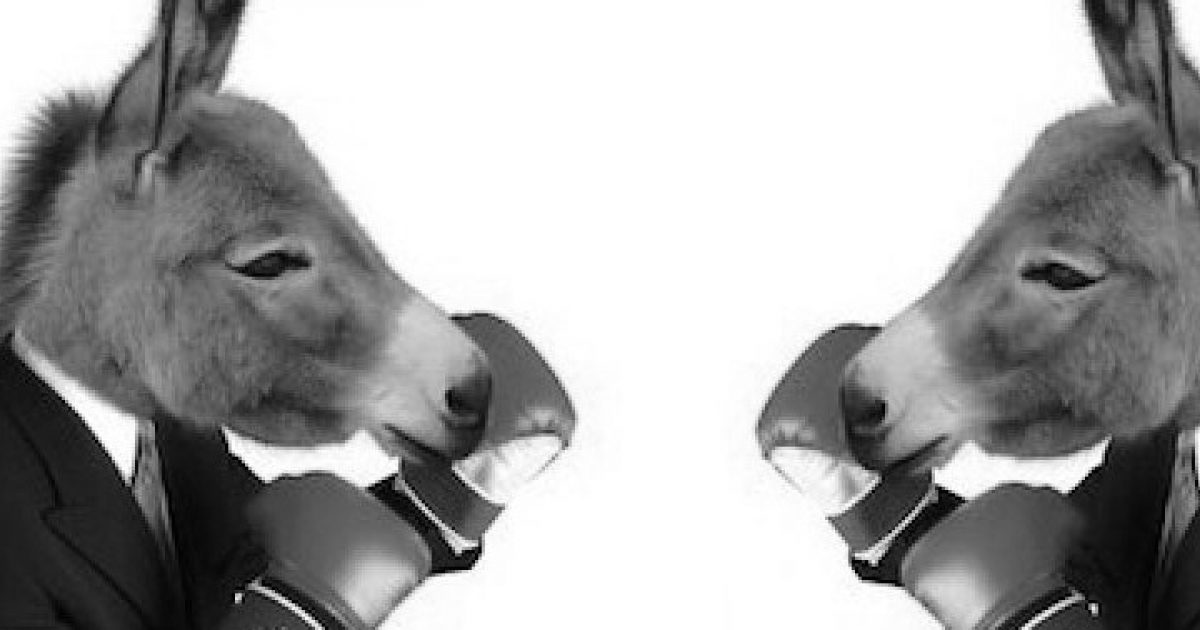 The Democrat Party has been lurching left for years now, but since the end of the Clinton era, they’ve been shifting left at speeds which defy the laws of physics. Aided by eight years of an extreme leftist in the White House, the Democratic Party has become dominated by radical progressives and socialists. The fight to nominate a new Supreme Court Justice is causing some of the more moderate Democrats to fight back against their party cohorts to save their political careers.

When socialist, Alexandria Ocasio-Cortez defeated a mainstream leadership Democrat, the entire Democrat world (except for others in establishment leadership) cheered. The media, the Democrat’s base, the punditry it was as if the victory of a socialist in a primary had energized them all somehow. But they missed the real story, there was more than one socialist winner.

Because of the rumored blue wave, one would think that the Democrats would be circling the wagons and helping to defend every Senate, and house seat they could… but one would be wrong.

Instead, a war has been declared between the typical left-of-center Democrats and the extreme leftists who now dominate the Democratic party.

Latest: IT’S WAR! The Democratic Party Is Now A House Divided Against Itself

Earlier this week Senator Chris Coons led a meeting of Democratic “centrists.”  At the conference, Coons delivered a stunning rebuke of the extremists who dominate the party.

A group of moderate Democratic lawmakers sounded the alarm Thursday over the party’s shift to the left, saying the embrace of ultra-liberal policies could endanger their efforts to capture Congress in the November midterm elections and the White House in 2020.

“The next two years is just a race to offer increasingly unrealistic proposals, to rally just those who are already with us,” Sen. Chris Coons, a Democrat from Delaware, told a gathering of like-minded centrists at a strategy session in Washington. But with a far-left agenda, Coons warned, “it’ll be difficult for us to make a credible case that we should be allowed to govern again and easier and easier to mock and marginalize us.”

These extreme leftist Democrats seem to prefer the idea of losing this election and clearing out as many moderate Democrats from the party as possible. Any break with the far left is considered a treacherous act.

Louis Farrakhan’s friend Keith Ellison (D-MN) who is the Deputy Chairman of the party,, argues that EVERY Democrat should be forced to defend/endorse single-payer healthcare.

In today’s Democrat Party one has to support socialist healthcare. Otherwise, you’re not really a Democrat. Which would mean that to be a Democrat today, Keith Ellison believes you’d also have to support a socialist agenda. Right?

That threatened “blue wave” is being overtaken by a much darker blue wave.

Citing the NY Times Axios reports that Democratic Socialists of America, which endorsed Ocasio-Cortez in her win over powerful NY Democrat Joseph Crowley is a growing force within the party. Its membership has ballooned from 7,000 to 37,000 members since the 2016 election. And the DSA has a very leftist agenda such as Medicare for all and abolishing ICE.

Other far-left groups are joining in on the fun. That same Axios piece explains the Progressive Change Campaign Committee (PCCC), a leading far-left progressive group, has launched a campaign to try and defeat “centrist” Democrats.  Our Revolution, which bills itself as the next step for Bernie Sanders’ movement endorsed 49 candidates across the country who won their primaries in federal, state and local elections.

Nothing is crystallizing the battle between moderate and left-wing extremist Democrats like the fight to confirm Judge Kavanaugh. The Supreme Court is a different battle because it isolates the more moderate Democrats in the Senate.

Many of these moderates are running for re-election in red states where voters support President Trump. However, the extreme left doesn’t care about those Senate seats or what those Senator’s constituents may want—Kavanaugh must be defeated.

Feeling the pressure from the extremists who control the party Minority Leader Chuck Schumer (D-NY)  wants every Red State Democrat to vote against Judge Brett Kavanaugh for Supreme Court… or else! He is reportedly” putting the screws on his caucus members, warning them that they may not get help in tight Senate races if they abandon the party to confirm a Trump” Supreme Court pick.

Many of those Red State Dems are publicly and some even impolitely telling Schumer to go away:

Asked about red state Democrats losing elections because of their votes against the nominee, Minority Whip Dick Durbin flatly suggested they should all take a bullet for the cause,  “They understand it’s an historic decision.  It’s about more than the next election.”

And now, an extreme Leftist Democrat Super-PAC called Demand Justice has announced that they’ll be pouring $5 Million into a campaign to “stop” Judge Kavanaugh from being confirmed and they’ll be using it against…those Red State Democrats.

A progressive group working to sink President Donald Trump’s Supreme Court nominee is launching its first round of advertising Friday in three key states to pressure Democratic senators to vote against Brett Kavanaugh.

Demand Justice is spending a portion of its $5 million budget on the ads aimed at Sens. Heidi Heitkamp, D-N.D., Joe Manchin, D-W.V., and Joe Donnelly, D-Ind., and urging them to oppose Kavanaugh by warning that the nominee could rule to eliminate protections for pre-existing conditions.

The ads, obtained by NBC News, are complimentary of the Democratic senators’ efforts to preserve the Affordable Care Act but caution that those actions could be nullified by the next high court justice.

Getting a Democrat organization to add another $5 Million would usually be considered a huge plus, but in this case, it is being used to split the party.

If every Democrat votes against Judge Kavanaugh, it won’t matter as long as every Republican votes to confirm him. And right now that is the likely scenario. So the result is that the extremists are forcing a party split in a battle the party cannot win. But stopping Judge Kavanaugh from becoming Justice Kavanaugh isn’t their real agenda. They want to kill their party’s center.

Today Democrat Party leaders, like Chuck Schumer and Nancy Pelosi, no longer care about America or their constituents in general, they only care about pleasing their rabid, extremist leftwing base. And that, in the end, will hurt them in upcoming elections and will hurt the country.

Democrats Jump Ship on ‘Abolish ICE’ Bill. Here’s What Made Them Bail.