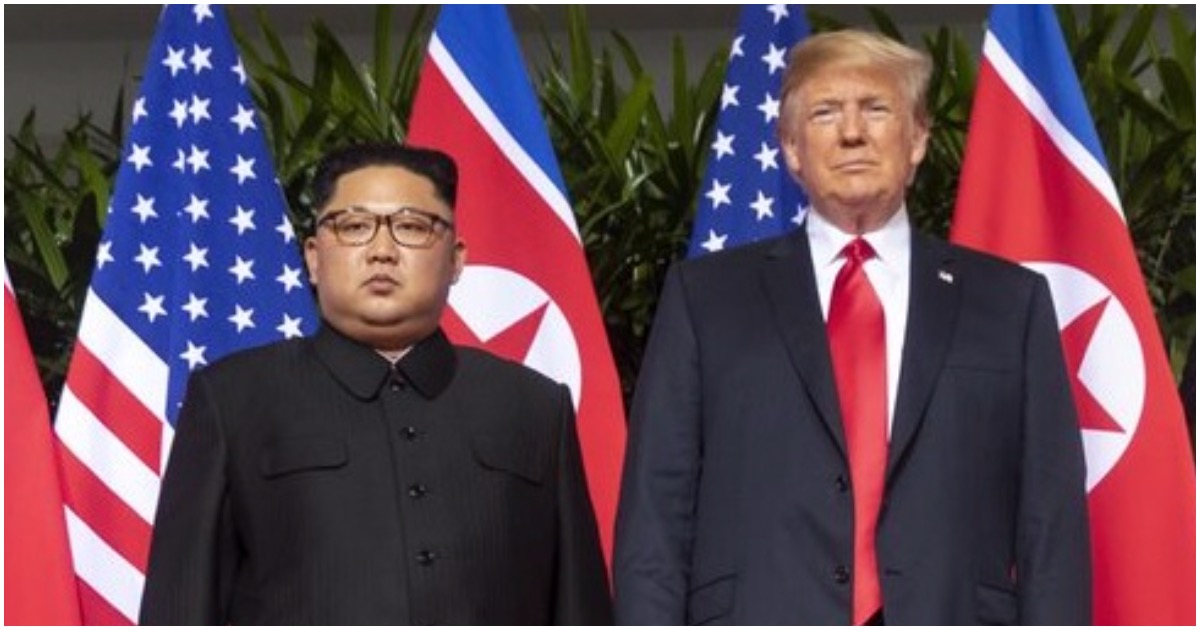 In late February, the two leaders will once again meet face-to-face.

In terms of progress, this is a very big deal.

Anything Trump can do to get Kim to end his nuclear program is great news for the world.

South Korea says it expects the second summit between President Donald Trump and North Korean leader Kim Jong Un to be “a turning point in firmly establishing a permanent peace on the Korean Peninsula.”

Yonhap News Agency quoted a spokesman for the South Korean president, Kim Eui-kyeom, as saying his government will spare no effort for a successful outcome of the summit by closely cooperating with the U.S. and holding more talks with North Korea.

The White House announced that Trump and Kim will meet at the end of February to try to broker a deal to coax the North to give up its nuclear weapons. News of a second summit came after Trump’s 90-minute meeting with North Korean envoy Kim Yong Chol at the Oval Office.

.@SecPompeo has arrived at the DuPont Circle Hotel. He went in a back entrance but here is video of Stephen Biegun going up to the floors where the meeting is being held. #northkorea #KimYongChol pic.twitter.com/pU6KCQHAf5

That’s a decent chunk of change.

It is also the amount a federal judge has ordered North Korea, the hermit kingdom, to pay to the family of Otto Warmbier.

On Friday, North Korea was ordered by a United States federal judge to pay the parents of American student Otto Warmbier $501 million.

North Korea is liable for “the torture, hostage taking, and extrajudicial killing of Otto Warmbier,” said U.S. District Court for the District of Columbia’s Chief Judge Beryl A. Howell’s opinion.

What are the odds North Korea pays up?

Next to nil, or less than that?

The chances are obviously minimal.

The brutal treatment Otto received while prisoner in the hermit kingdom are beyond comprehension, and nobody can possibly begin to imagine the ordeal his parents dealt with.

North Korea is now saying it won’t denuclearize unless…