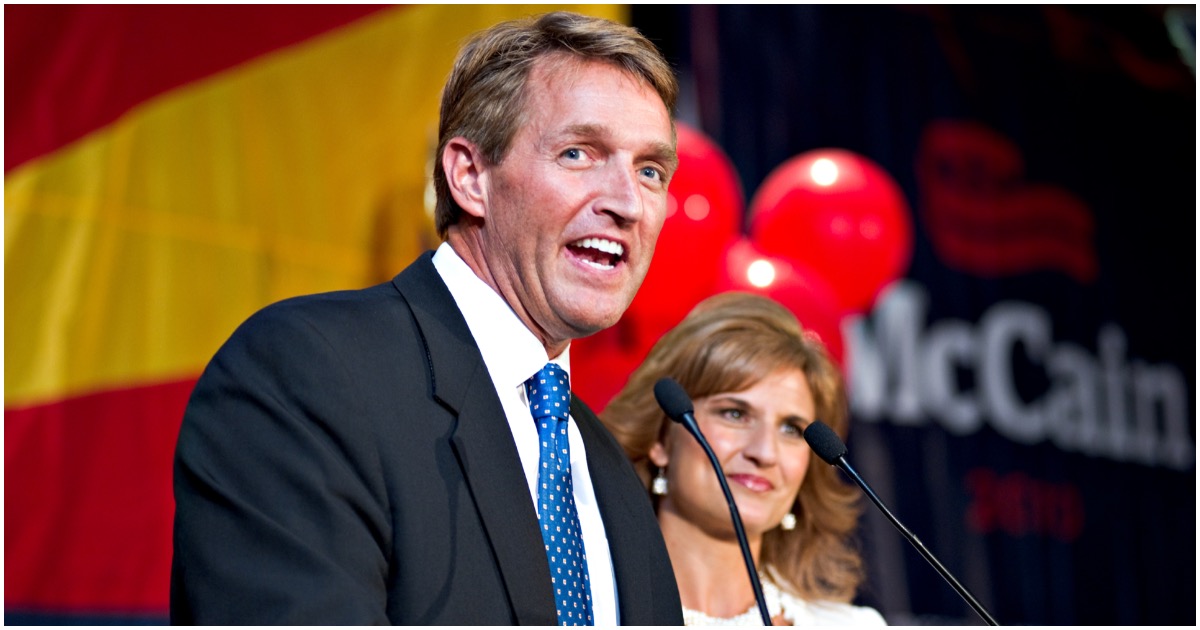 Jeff Flake went as hard as most Democrats when it comes to slamming President Trump.

And that’s basically why he only served one-term in the Senate.

In an op-ed for The Washington Post, Jeff Flake — the man who nearly derailed the Brett Kavanaugh Supreme Court confirmation in the 11th hour — says that the Republican Party has changed for the worse under President Trump and it’s a party he can no longer identify. But alas, there is still hope, according to Flake, so long as the Republicans are willing to find their souls again and either impeach Trump or abandon him in the 2020 election.

“Traveling overseas I witnessed the damage being done to our standing in the world as a result of President Trump’s fondness for authoritarians and his scorn for allies,” Flake writes of Trump’s influence. “His hostility toward security alliances and trade agreements had placed our long-term security and our economy at risk. His adoption of the tyrant’s phrase ‘enemy of the people’ put journalists in even greater peril, all over the world. His resentment toward refugees and profane description of certain countries were destroying generations of goodwill.”

Failed Texas Senate candidate Robert “Beto” O’Rourke is a rockstar to many people.

At one point, he was actually in a couple of bands.

You can’t make that stuff up.

Rudy Giuliani Has Been Subpoenaed, Then Blasts Democrats As the ‘Party of Corruption’

ICYMI: Dems to Vote On Censuring Democrat Senator Because She Agrees With Trump Too Much