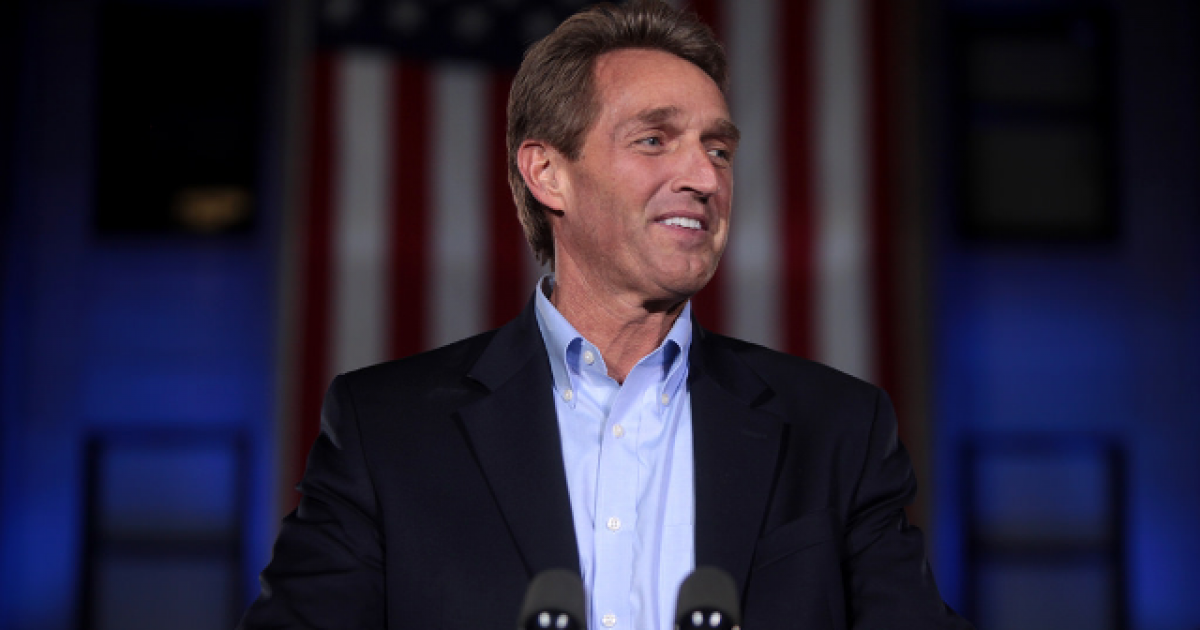 With the election of President Trump in 2016, it certainly feels as though a great many of the longstanding political rules have been tossed out of the window in America.

Of course, a great deal of this unorthodox feeling comes from Donald Trump’s unwillingness to set aside Twitter during his presidency, using the platform to circumnavigate the mainstream media in ways that many networks have yet to find an effective counter for.

Given this brave, new world of political non-conformity, it stands to reason that Trump may not breeze through the 2020 primaries either, especially given the massive RINO contingent that is bubbling just below the right wing’s surface.  Now, Senator Jeff Flake is putting some weight behind this possibility.

Jeff Flake said Friday that a Republican needs to challenge Donald Trump for the Republican presidential nomination in 2020. And it might be him.

Flake gave at least some credence to the widespread speculation that he might mount a quixotic primary campaign against Trump, given the retiring senator’s public fretting about the state of the party. The Arizona GOP senator, who has visited New Hampshire recently, is decidedly keeping his name out there.

“I’ve not ruled it out. I’ve not ruled it in. Just, somebody needs to run on the Republican side,” Flake said on Friday in a lengthy conversation with POLITICO and The Hill on Friday. Flake said both outgoing Ohio Gov. John Kasich and Nebraska GOP Sen. Ben Sasse could give Trump a credible challenge.

Flake insisted that Trump’s popularity in the party is ruining the GOP’s long-term viability and predicted only a brutal electoral loss could make that clear.

“I hope somebody does [run], just to remind Republicans what it means to be conservative and what it means to be decent. We’ve got to bring that back,” Flake said. “You can whip up the base for a cycle or two but it wears thin. Anger and resentment are not a governing philosophy.”

Flake and the President have been at odds several times over the course of these first two years of the Trump Era, with the President mentioning the Senator by name at least once this week alone.

Broward County Elections Supervisor REFUSES To Turn Over Ballots, May Be Held In Contempt