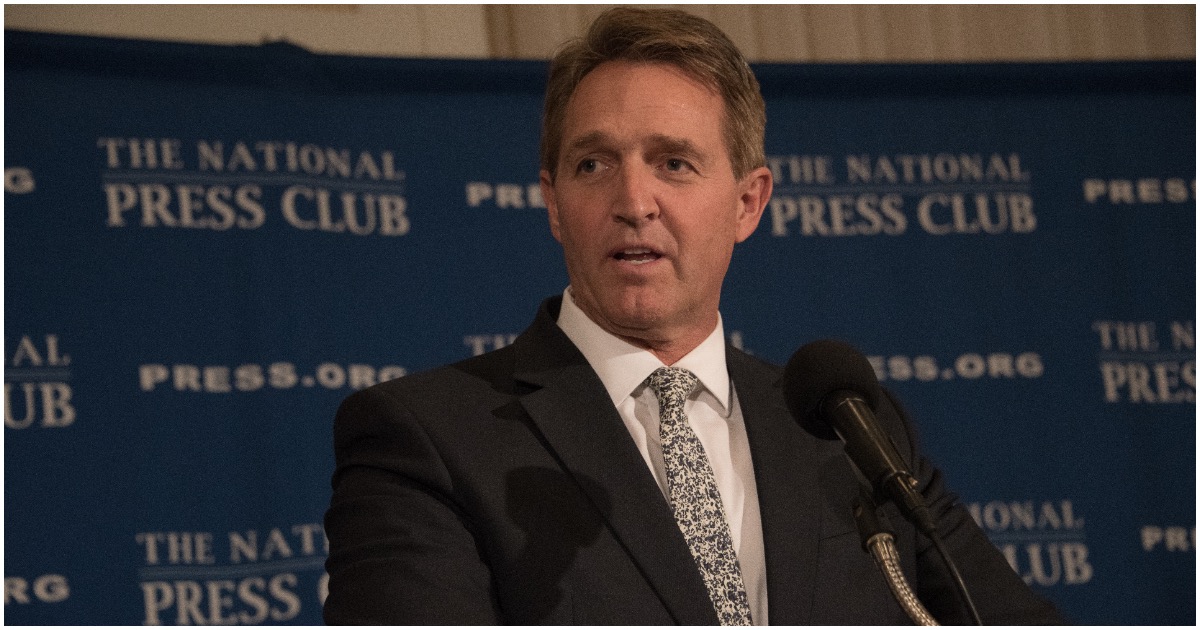 That headline should be something out of “The Onion” or “The National Enquirer.”

Jeff Flake is not ruling out a GOP primary challenge to President Donald Trump in 2020, telling Politico and The Hill Friday that “somebody needs to run.”

The retiring senator from Arizona said he hasn’t yet decided whether that “somebody” will be him.

“I hope somebody does [run], just to remind Republicans what it means to be conservative and what it means to be decent. We’ve got to bring that back. You can whip up the base for a cycle or two but it wears thin. Anger and resentment are not a governing philosophy.”

Flake will partner with Democrat Sen. Chris Coons to get back at Trump.

Jeff Sessions did the right thing by recusing himself nearly two years ago. He has paid a heavy price for his independence ever since. We owe him a debt of gratitude.

Meanwhile, President Trump’s overall approval rating just hit 50%, which is quite high considering the majority of news coverage of the commander-in-chief is negative.