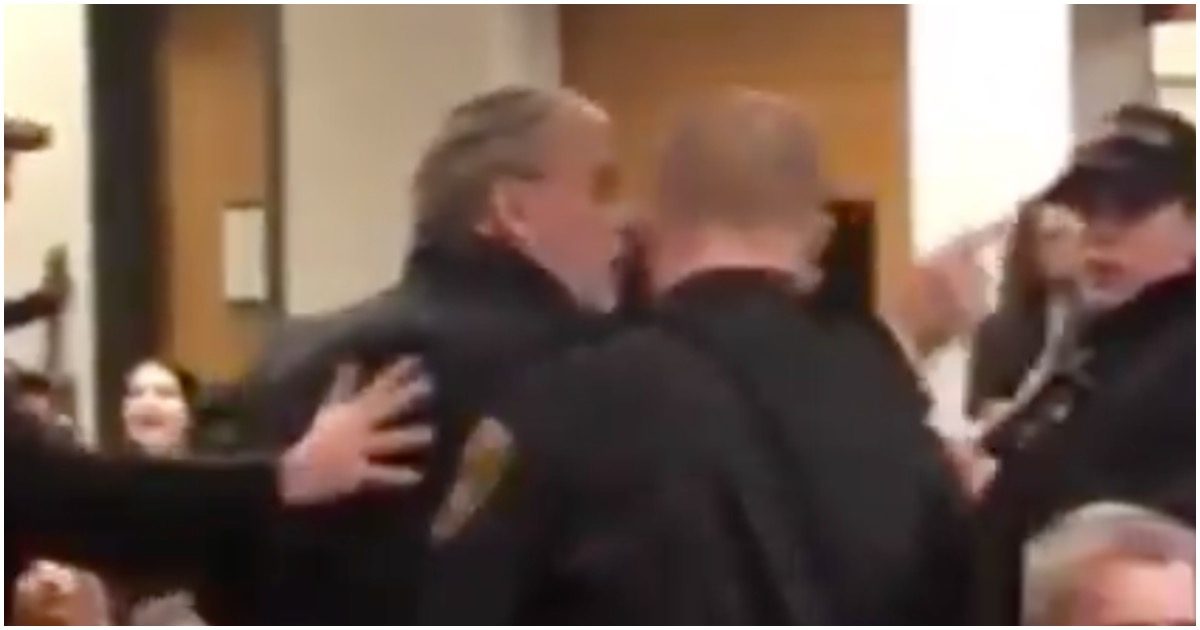 Democrat infighting has become as bad as Republican infighting, as of late. A lot of liberals are beginning to realize they don’t have a candidate who can beat President Trump in November, and some are even acknowledging that socialism has never worked.

On Monday evening, a Jewish Democrat called out Muslim Rep. Rashida Tlaib and it didn’t end well. Check it out, via Daily Wire:

Former New York State Democrat Assemblyman Dov Hikind was thrown out of an event over the weekend for confronting far-left Rep. Rashida Tlaib (D-MN) over her extensive history of promoting anti-Semitism.

The event, hosted by ‘Muslims4Peace,’ was held on Sunday at Rutgers University and was titled: “A Global Crisis: Refugees, Migrants, and Asylum Seekers – Lessons from the Prophet Muhammad”

Police just ejected me from an event of @Muslims4Peace at @RutgersU which was a fine event until @RashidaTlaib showed up. I challenged her about her antisemitism and spreading of an anti-Jewish blood libel! She had no answer for me.

They will never silence us!

During a recent speech in Miami, Trump called out “the squad” in a way that not many people in the public eye ever have.

And the way he did it is the exact reason he defeated Hillary Clinton in 2016, and, GOD-willing, why he’ll be re-elected this coming November.

TRUMP: "These people hate Israel — they hate Jewish people. I won't name them. I won't bring up the name of Omar, Tlaib, AOC — I won't bring that name up. Won't bring it up." pic.twitter.com/jCrySCb1Ag

Trump sparked outrage on Capitol Hill in August when he said Israeli Prime Minister Benjamin Netanyahu should block Tlaib and Omar from visiting the country. Israel later did so, despite earlier vows by officials to welcome any members of Congress to the country.

Omar in particular has raised eyebrows with her comments about Israel, suggesting that powerful Jews inside and outside of Congress are pushing “allegiance to a foreign country” over their support for the state.

Watch: Elizabeth Warren Insults Mike Pence, Refers to Him As A ‘Dog’