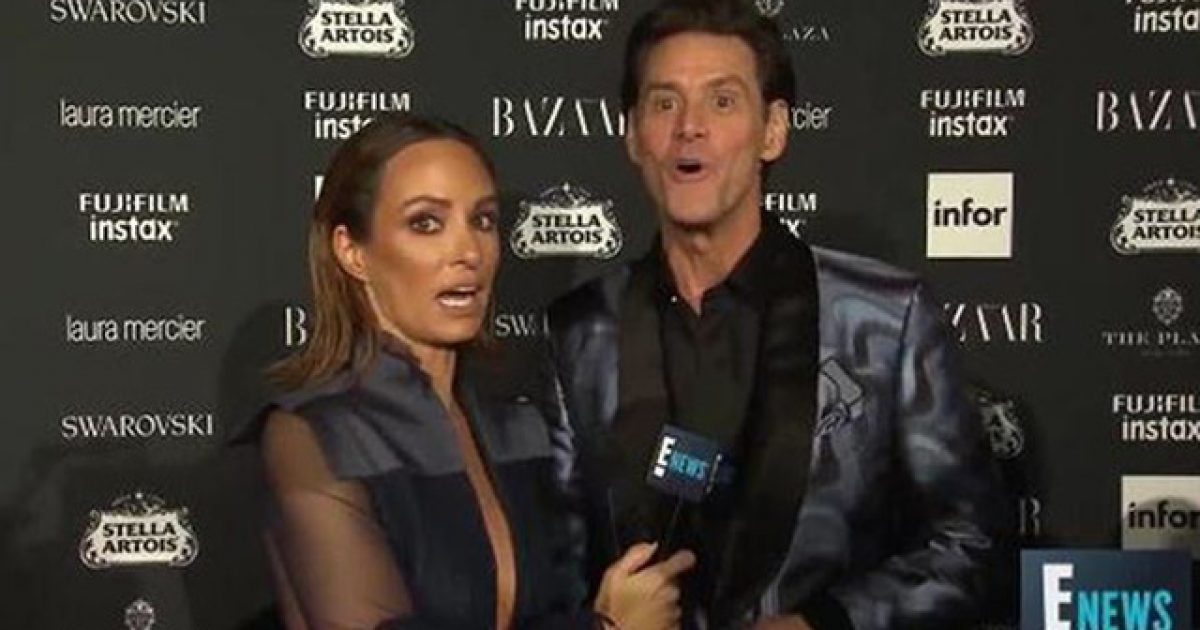 Leftists are a strange and wildly hypocritical bunch, and no one makes that more clear than actor Jim Carrey, who is seemingly sliding deeper and deeper into madness as he ages and becomes less and less relevant in the realm of entertainment.

Carry has been dropping paintings he’s done on Twitter for quite some time now, the majority of which are designed to ruthlessly mock folks in Trump’s administration or to express his anti-gun views to the masses.

His latest piece is mocking the Trump-Kim Jong Un summit that took place in Singapore late Monday night, falling in line with the typical leftist response to the accomplishments Trump has achieved.

You can bet your bottom dollar that if Obama had landed this meeting and agreement, the left would be kneeling before him and kissing the ring.

In the wake of the Singapore summit, leftists have cried doom and gloom. Jimmy Kimmel said Trump has made friends of our enemies and enemies of our friends, a sentiment echoed by Chelsea Handler. The scolder of scolds Jim Carrey released yet another of his infamous paintings likening the meet to the game show “Let’s Make a Deal.”

The caption reads: “Let’s Make A Deal: You’ll be a real world leader. I’ll sway the midterm elections. And together we will save the world from the bloodthirsty Canadians.”

Let’s Make A Deal: You’ll be a real world leader. I’ll sway the midterm elections. And together we will save the world from the bloodthirsty Canadians. pic.twitter.com/kHa1w3ye03

Just to demonstrate that Carrey is hardly alone in his oh so brilliant assessment of the summit, here’s a few more thoughts from Hollywood’s finest:

Well, at least it didn't end in two minutes, which it could have (insert own Stormy joke here). Prediction: tomorrow, Trump will "remember" what was said very differently from Kim. But talking is still better than staring.

Will they use condoms? Will he spank Trump with a magazine with his face on it? Will he show Trump how he uses machine guns at executions? https://t.co/53l2uVXmzm

One of the big issues with celebrity in the modern era is the existence of social media, which gives clueless individuals like Bill Maher and Jim Carrey extremely large platforms that they can, on a whim, share their idiotic views with the world, making them almost impossible to ignore.

It’s nonsense like this that makes you long for the good old days when you’d have to watch these people in interviews to find out their thoughts about political issues, and even then, those topics weren’t broached very often.

Oh if only those days would make a comeback.